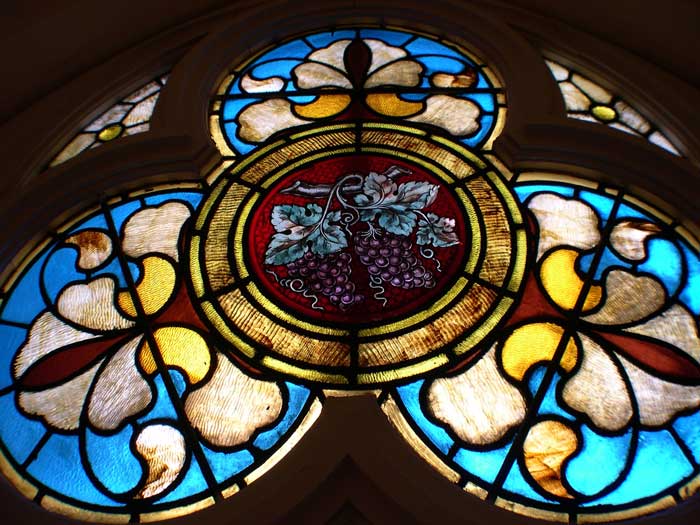 Pastor Steve Bauer
You Are Invited To The Dinner (Pentecost 3)

You Are Invited To The Dinner

Idon’t belong here. When I was a new pastor and conducted my first wedding service, those were the words I told myself. I had challenges with the details—what side the groom stands on and which side the bride is on. Who comes in first and last—those sorts of problems. And then, if I felt out of place in the wedding service, what happened after made the situation even worse. There was the wedding reception. And at the wedding reception they had a place setting for each guest. And when I sat down I saw, not one, not two, but instead four forks. Why in the world would you need four forks? Sometimes you can have the right music, the right setting, the right food, and yet you still feel out of place. And if that was how I felt, then what Jesus was going through in these words must have been so very much worse. Here Jesus was, a middle class to lower class carpenter. And he was invited to a banquet. But there was no one there to tell him to use the forks from the outside in. No, He was alone. And he was there so that others could look down on him, not listen to him. And yet, instead of saying, “I don’t belong here,’” he sets aside the time to preach out and reach out to the guests at the banquet. In Luke 14, we read: “15 When one of those at the table with him heard this, he said to Jesus, “Blessed is the one who will eat at the feast in the kingdom of God.” 16 Jesus replied: “A certain man was preparing a great banquet and invited many guests. 17 At the time of the banquet he sent his servant to tell those who had been invited, ‘Come, for everything is now ready.’ 18 “But they all alike began to make excuses. The first said, ‘I have just bought a field, and I must go and see it. Please excuse me.’ 19 “Another said, ‘I have just bought five yoke of oxen, and I’m on my way to try them out. Please excuse me.’ 20 “Still another said, ‘I just got married, so I can’t come.’” (Luke 14:15–20 NIV11-GKE)

The opening verse gives us all the context we need to understand the parable that Jesus speaks. The rich, smug people there at this banquet were sure that they were going to be there in heaven at the feast in heaven. And Jesus makes them question their smug assumptions. And so, he tells them a story. There’s a master of a household who has a fancy dinner. He sends out the first round of messengers to invite people—his closest friends and associates to his feast. They agree. Then, he sends out another round of messengers at the hour of the feast.1 But then, one by one, each of them makes excuses. And what is fascinating about these excuses is that all of them are valid excuses. One guy just bought a field and another buys a pair of oxen. They have to check them out. How could the master of the house object? Everybody has to work. The third guy just got married. Who could object to that? But what’s the problem? It’s the matter of priorities. It’s the matter of making sneaky excuses to get out of important invitations and conversations that God wants us to have. The first commandment comes before all the other commandments.

In these words there is an invitation to the dinner in heaven. And there are no excuses. How important this is for unbelievers to hear. I’ve been a pastor long enough to hear the excuses. I invite my neighbor to come to church, and what does he say? “I have to work on the weekends. I think we’d both agree it’s important to provide for our family.” I invite a friend to church and she says, “I’m spending the weekend with my husband. And I think we’d both agree keeping our marriage strong is important.” Finally, at the end of the day, they’ve made so many excuses that the first commandment is squeezed out. But Jesus lets his hosts know that there are no excuses.

There are no excuses for unbelievers. But also, there are no excuses for us too. Sunday after Sunday you have an invitation to an amazing banquet and dinner in the Lord’s Supper. You have an invitation to receive the forgiveness of sins and lift your head up to the wedding feast of the kingdom of God. But the question each of us needs to ask is: “Am I making excuses?” Am I placing the duties in my life or the gifts God has given to me in my life above God himself? And this is usually where the questions start: “Pastor, is it ok for me to have a cabin by a lake?” “How many weeks can I be away at that cabin?” “If I put my kids in sports, how many Sundays can I miss before I get a phone call from the pastor and elders?” Simply put, this is not a question I can answer. What I can give you is an attitude from God’s word to understand. Ask yourself: “Am I doing this to appreciate this gift and then get back to the better gift of God’s word in worship?’” Or is it simply, “I am using this gift to get away from the Lord’s Supper and from remembering that this wedding banquet of heaven could come to me at any time?’” If the second is the case, if we go through our lives making use of God’s good gifts to get away from the better, greater gifts of worship, and the invitation to heaven we have in the Lord’s Supper, then Jesus says to you the same as he does to the smug, rich people here: There are no excuses. You have an invitation to a dinner. There are no excuses to that dinner when we put other gifts above that dinner. But the parable continues: “21 “The servant came back and reported this to his master. Then the owner of the house became angry and ordered his servant, ‘Go out quickly into the streets and alleys of the town and bring in the poor, the crippled, the blind and the lame.’ 22 “ ‘Sir,’ the servant said, ‘what you ordered has been done, but there is still room.’ 23 “Then the master told his servant, ‘Go out to the roads and country lanes and compel them to come in, so that my house will be full. 24 I tell you, not one of those who were invited will get a taste of my banquet.’ ”” (Luke 14:21–24 NIV11-GKE)

Parables usually have a plot twist. It was not out of the realm of possibility that when upper-class people, when they were invited to a banquet, would that excuse themselves—even the second invitation. But what happens next would have been shocking to them. The master of the house sends his servant out and invites the people hanging out in the streets and market place in town. That was shocking because rich people didn’t spend too much time in the market place. After all, they had servants to do that for them. But even worse, how shocking and shameful it must have been to hear about the master of the house sending his servants out to the hedge-ways and highways. That’s where the “icky” people are. The beggars and poor and crippled are there.

And realize my dear friends in Christ, who are the blind, crippled, and poor in this parable? It’s us. We are blind because of our sin. We are crippled because of our sin, not able to know who Jesus is and come to him. We are poor, not having even a dime that could help take away our sins. But that’s precisely the point. You have a dinner invitation. And if our attitude is to make excuses to avoid that banquet, then there are no excuses that are valid. But notice the point of these words: There are also no exclusions. The rich, the poor; the healthy, the crippled—they are all invited. And if they are all invited, that means you and I are invited too.

And as if that isn’t encouraging enough: to know that we have a place at the dinner in heaven, what gives us even more joy is to know how we have that place. Who of us, if we were at that very same banquet would have been able to put up with their pride? Who of us has used the good gifts God has given to us perfectly, not forgetting the first commandment? Jesus does all of this for us, in our place.