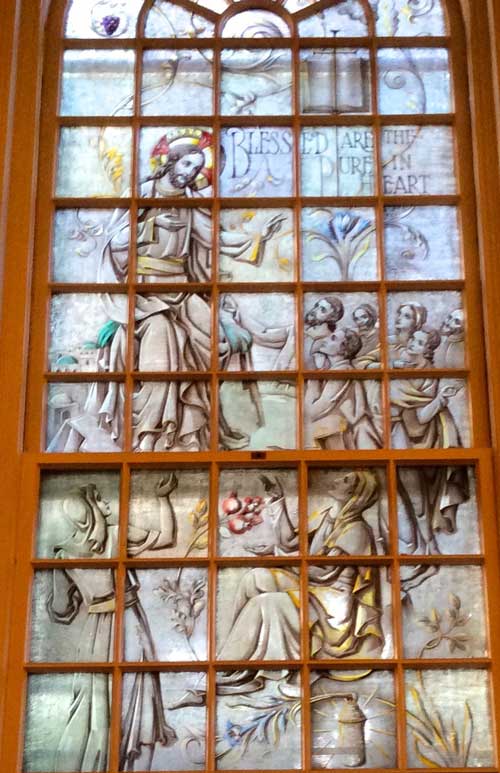 Pastor Steve Bauer
Who Is The Dreamer? (Epiphany 7)

Who Is The Dreamer?

Joseph’s dreams were different. Each of us have dreams. But how many of us can say that our dreams carry the wonder and weight of God’s will? We can joke sometimes, pretending that our dreams are God’s will. But we know it’s not true. We might say, “My dear wife, I had the dream last night that I had a brand new BMW motorcycle. I think we both know what this means, don’t we? It’s God’s will for me to have one.’” We can laugh at this and joke about it because we know our dreams are nothing more than dreams. But Josheph’s dreams were different. Joseph’s dreams carried all the weight and wonder of God’s will. God gave to Joseph this amazing gift to have dreams that were far more than dreams.

His dreams carried the weight and wonder of God’s will. And as a result, he was The Dreamer. And very soon he learned a powerful lesson. His dreams brought him disaster. His brothers hated him so very much that they sold him off into slavery, wanting to put him to death, but not wanting to get their hands dirty. That’s what happens when your dreams carry the weight and wonder of God’s will.

But his dreams didn’t just bring disaster for himself. His dreams brought disaster for others too. Joseph is in Pharaoh’s prison. And there he meets two men. He meets the cupbearer and the head-baker of Pharaoh. He tells these men the meaning of their dreams. He tells the cupbearer that the meaning of his dream is that Pharaoh would “lift up his head.”1 and he would serve Pharaoh again. Then the baker says, “ooh, it’s my turn,” expecting some good news. Instead, Joseph tells the baker that Pharaoh would lift the bakers head up too—yes, indeed, he would lift his head up off his body when he is beheaded. And what shocks us is that there is no hesitation at all when Joseph says this.

This drives us to ask the question, why. There was no hesitation when Joseph spoke of his dreams because in the months and years in the cold darkness of prison a powerful truth: His brothers accused him of being the “great dreamer.”2 But really, truly, Joseph realized that he wasn’t the dreamer at all. God was the dreamer. God had a dream for Joseph. God’s dream was to give Joseph this great amazing gift of sharing his own dreams and then to have him use that gift. But instead of using the gift, Joseph abused that gift. The selfish teenager had a dream or two and went around telling everyone he could that all of them would bow down to him. How selfish and childish he was! But God had more dreams for Joseph. His dream was to bring Joseph to forgiveness. In that cold prison Joseph had time to see his sinful abuse of his gift. And he had time to see that he was forgiven for that sin. God brought him to forgiveness. And with that then he was able to forgive his hateful, murdering brothers. We see that in these words. We read: “3 Joseph said to his brothers, “I am Joseph! Is my father still living?” But his brothers were not able to answer him, because they were terrified at his presence. 4 Then Joseph said to his brothers, “Come close to me.” When they had done so, he said, “I am your brother Joseph, the one you sold into Egypt! 5 And now, do not be distressed and do not be angry with yourselves for selling me here, because it was to save lives that God sent me ahead of you.” (Genesis 45:3–5 NIV11-GKE)

My dear friends in Christ, where’s the pain and punishment? Oh my dear friends in Christ, if this were a movie there would be a long section where Joseph gets back and gets even with his evil brothers. And then there would be a long speech about how they got what was coming to them. But look here at these words. There is not even a hint of revenge and retribution. How can that be? God had long before this brought Joseph to forgiveness for abusing his own gifts. And as a result, long ago Joseph had forgiven his brothers. God brought Joseph to forgiveness. But there’s even more in these words: “6 For two years now there has been famine in the land, and for the next five years there will be no plowing and reaping. 7 But God sent me ahead of you to preserve for you a remnant on earth and to save your lives by a great deliverance. 8 “So then, it was not you who sent me here, but God. He made me father to Pharaoh, Lord of his entire household and ruler of all Egypt. 9 Now hurry back to my father and say to him, ‘This is what your son Joseph says: God has made me Lord of all Egypt. Come down to me; don’t delay. 10 You shall live in the region of Goshen and be near me—you, your children and grandchildren, your flocks and herds, and all you have. 11 I will provide for you there, because five years of famine are still to come. Otherwise you and your household and all who belong to you will become destitute.’ 12 “You can see for yourselves, and so can my brother Benjamin, that it is really I who am speaking to you. 13 Tell my father about all the honor accorded me in Egypt and about everything you have seen. And bring my father down here quickly.” 14 Then he threw his arms around his brother Benjamin and wept, and Benjamin embraced him, weeping. 15 And he kissed all his brothers and wept over them. Afterward his brothers talked with him.” (Genesis 45:6–15 NIV11-GKE)

God brings Joseph to forgiveness. Then he brings him through forgiveness. And on the other side is thankful service. Joseph zealously and faithfully uses his gift of dreams to serve his God and save his brothers.

There is so much more we could say this morning about what is going on here in these words. But, for this morning and for this time, let’s pause and apply these words to us in our lives. Who is the real dreamer? It wasn’t Joseph. It was his God. And the same is true for us. God is the real dreamer in your life. And just as he had dreams for Joseph, he has dreams for you. And it follows the same path for you as it did for Joseph. He gives you gifts, and sadly, instead of using those gifts, you abuse those gifts—and so do I. A little boy and his sister grow up together. And like it is with so many families, they get into fights. But the boy grows bigger and stronger. And when they are fighting he pushes her and hurts her. Then that there is that fear-filled moment when he realizes that that he used the gift of strength as an abuse of strength. A little girl grows older and she realizes that she guide a conversation and even gain friends by telling jokes. Then, without thinking about it, she makes fun of her friend, and from then on she loses that friend. God gave her a gift. And she abused that gift.

But then after that, what is God’s dream and desire? He brings us to forgiveness. That descendent of Joseph was born in Bethlehem. Jesus grew up and became strong in all of our gifts. But instead of abusing those gifts, he used them perfectly in our place. And then the gift of his own life he gave up to pay for our sins on Good Friday. God brings us to that forgiveness and convinces us that that forgiveness is ours.

But he goes even farther. He doesn’t just bring us to forgiveness. He also brings us through forgiveness to service. With joy in our hearts at knowing that the times I have abused the gifts given to me are forgiven, we then pick up those gifts and use them. We use them just as Joseph did, with zeal and joy.

That, my dear friends in Christ, is why God is the dreamer. For he doesn’t just dream. His dreams carry all the weight and wonder of his own will. What he dreams he is able to get done. So this morning go home in peace. Go home in peace knowing that we might dream. But God is the real dreamer. And his dream for each of us is to bring us to forgiveness and then bring us through forgiveness to service. Amen.