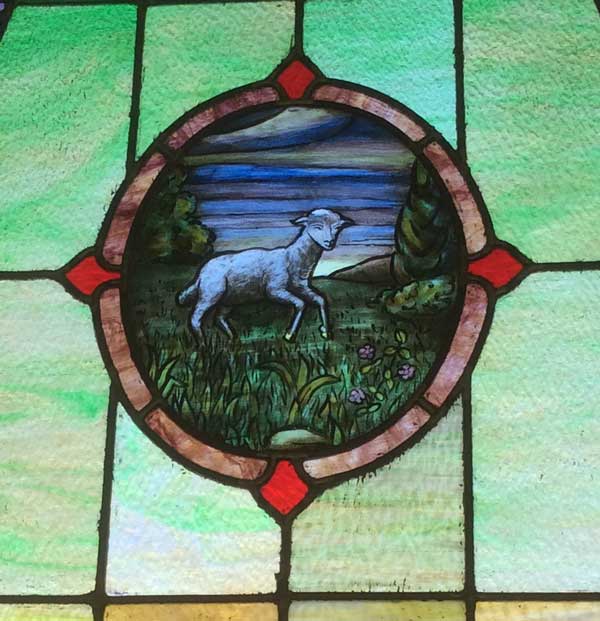 Pastor Steve Bauer
What Could Anger Jesus? (All Saints)

What Could Anger Jesus?

Some people are very humble. Years ago, when I was studying to be a pastor, we had a classmate who was very humble. He grew up in South Dakota. And all his classmates—especially those from Wisconsin made fun of him for growing up in South Dakota. And it was interesting, as an outsider, to see the progression. They made fun of him. And the guy was so humble that often he made fun of himself. And that had this strange reaction that it was no longer fun to make fun of the guy that makes fun of himself. And so, would seem them saying how South Dakota “wasn’t that bad.’” And at the end of all of this, you ended up asking the question, “What could get that guy angry?” This morning we meet a man far more humble than anyone who grew up in South Dakota. Jesus was very humble. What then is it that could make him angry? In John 11 we find an answer: “32 As soon as Mary came to where Jesus was and saw him, she fell at his feet and told him, “Lord, if you had been here, my brother would not have died!” 33 When Jesus saw her crying, and the Jews who had come with her crying, he was deeply moved in his spirit and troubled. 34 “Where have you put him?” he asked. “Lord,” they told him, “come and see.” 35 Jesus wept. 36 So the Jews said, “See how he loved him!”” (John 11:32–36 CSB17)

In order for us to understand what is going on here, we need to ask the question, “who was Lazarus?” Lazarus was the brother of Mary and Martha. And evidently, as Jesus got to know Mary and Martha well, he also got to know Lazarus well. And they shared a strong friendship. And when Jesus sees Mary and Martha he breaks down and weeps. And even the people gathered there take note of how strong of a friendship he had with Lazarus.1

That’s who Lazarus was. But when Jesus sees Mary and Martha and confronts the fact that his friend is dead, what is Jesus’ reaction. He becomes angry.2 Very, very rarely will you find me criticizing or correcting our english versions. But here is one place where they should have worked harder. Jesus is deeply moved. But he is also angry. And the important question to ask is the one we started with: What could make Jesus angry? And the answer is here, staring at us. Death is what makes Jesus angry. One of the fact about living in a fallen world is that death is all around us. We see it when we see raccoons dead at the side of the road. And even more so, we see it when our loved ones die and are no longer part of our lives. And our great temptation to sin is to hear the sermon that the world around us preaches and conclude that it’s true. When the world tells us that, whether we’re talking about a raccoon on the side of the road or a human in a casket, it’s natural; it’s normal, we have this real temptation to conclude that they’re right. When we lay our loved one to rest in the ground, we have sorrow. But there should also be some anger there. Look how broken our world is: Take our relationship with our parents and grandparents as an example. We spend years growing up and so very often not appreciating them as best we should. Then we grow up and we appreciate them but then we’re busy—with kids and with work. And then they are taken from us. And death is what does that horrible and terrible work. Doesn’t that make you even a little bit angry? Here Jesus is angry. He is angry at death for the times we should have been but was not. What is it that could make this humble man and Savior so angry? Death. But there’s more: “37 But some of them said, “Couldn’t he who opened the blind man’s eyes also have kept this man from dying?” 38 Then Jesus, deeply moved again, came to the tomb. It was a cave, and a stone was lying against it. 39 “Remove the stone,” Jesus said. Martha, the dead man’s sister, told him, “Lord, there is already a stench because he has been dead four days.” 40 Jesus said to her, “Didn’t I tell you that if you believed you would see the glory of God?”” (John 11:37–40 CSB17)

Again Jesus is angry. But look at what Jesus is angry at. Look at the clear doubt they show. They say, “He healed a blind guy. Couldn’t he have also healed Lazarus?’” Their doubt, as raw and resisting as it was, was what drove Jesus to anger. And here is where we have to understand where Jesus was in his earthly ministry. This was not just beginning his earthly ministry. He was at the end. In just a few days he would be hanging from the cross slowly dying for them. But instead of listening to his sermons, they listened to their own doubts. How many miracles had he already performed? How many months of sermons had they already heard?

And so, Jesus is angry at their doubt. But he is also angry at ours. Death and doubt go hand in hand. Does an afterlife and eternal life really exist? Are these words that we read so often really true? Will I die in agony or peacefully in my sleep? What will happen to my children and grandchildren after I die? All these great and many doubts we have because we are driven to them by death. And just as he was angry at their doubts amidst so many promises from him, he in angry at ours too. And here is where these words take a beautiful turn: “41 So they removed the stone. Then Jesus raised his eyes and said, “Father, I thank you that you heard me. 42 I know that you always hear me, but because of the crowd standing here I said this, so that they may believe you sent me.”” (John 11:41–42 CSB17)

Their doubt and death itself drives Jesus to anger. But here is where these words are so precious to us. For Jesus uses his anger in a way that we would not expect. Jesus uses his anger to pray. And notices who it is he is praying for. Jesus is not subtle or sneaky. He bluntly says “I am saying this for you”. He wants them to know that he is praying for them. What is it that dispels their doubts? Jesus’ prayers. And the same is true for you. When you doubt that eternity in heaven exists, or that these words are true, or that your sins are really forgiven, Jesus still today prays for you and for me. He prays for our faith and against our doubt. And still today our Father in heaven still answers his prayers. That’s how he uses his anger: to pray for us. But he uses his anger in yet one more way: “43 After he said this, he shouted with a loud voice, “Lazarus, come out!” 44 The dead man came out bound hand and foot with linen strips and with his face wrapped in a cloth. Jesus said to them, “Unwrap him and let him go.”” (John 11:43–44 CSB17)

Jesus uses his anger to give life. These are words you have to use your imagination and picture. In his anger Jesus shouts at Lazarus and commands him to come out. And Lazarus obeys. With the strips of linen still on his hands and face, he comes out. Jesus does this for the benefit of all those gathered there thinking that death is normal and natural and that there’s nothing we could do but slowly accept it. No, in his anger, Jesus raises Lazarus from the dead to let us know that life, not death, is normal and natural. Death destroys our earthly life. That is true. But in his loving anger for us, Jesus destroys death’s power over us both by paying for it on Good Friday and by rising on Easter Sunday, promising that we too will rise.

And because of that this Sunday is a special Sunday. This is All Saints Day. This is the Sunday where we get to lift our eyes to heaven. For there in heaven are all those who have died in Christ, believing in him. And there in heaven we will be too. And there is this great comfort and promise from Jesus in knowing that if time, or age, or distance kept us from getting to know our loved ones as we would have liked, there in heaven it will be normal and natural to spend all eternity getting to spend time with them. There in heaven it will be normal and natural to never have death affect us again. That, my dear friends in Christ, is why Jesus got angry. That is why he got angry for you—so that he could pray for you and so that he would give you what is normal and natural: eternal life. Amen.