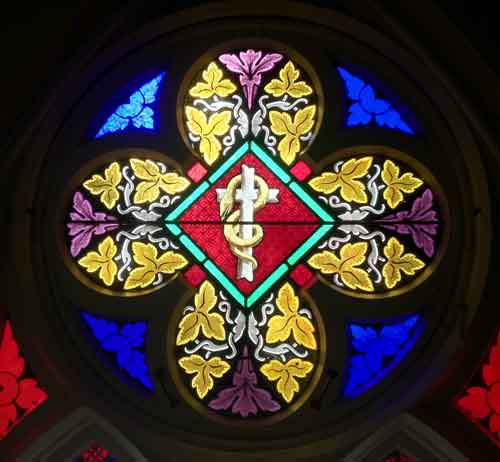 Pastor Steve Bauer
What Are You Looking For? (Midweek Lent 5)

What Are You Looking For?

You have to deal with it. One of the challenges in our lives is that it is far, far easier to put off till tomorrow what we could be doing today. But, at some point you have to deal with the situation. It could be your Spring cleaning. It could be your taxes. I hope it’s not your Christmas decorations. It would be past time to deal with those. And these are all small examples. But the larger, more important example of this that Mark brings to our eyes is what we do with or deal with when it comes to Jesus. In Mark 15, we read: “1 As soon as it was morning, having held a meeting with the elders, scribes, and the whole Sanhedrin, the chief priests tied Jesus up, led him away, and handed him over to Pilate. 2 So Pilate asked him, “Are you the King of the Jews?” He answered him, “You say so.” 3 And the chief priests accused him of many things. 4 Pilate questioned him again, “Aren’t you going to answer? Look how many things they are accusing you of!” 5 But Jesus still did not answer, and so Pilate was amazed.” (Mark 15:1–5 CSB17)

As you have grown accustomed to, there is a familiar A….B…A structure in Mark’s gospel. Here the pattern is spacial. People deal with who Jesus is inside, then they deal with Jesus outside, then finally, inside again. And so, the first person to deal with who Jesus is is Pilate. So remember where we were last Wednesday. The Jewish leaders had a secret, illegal trial in the middle of the night. Then, just when the sun comes up, they assemble the entire Sanhedrin and make their illegal verdict official. Then, very quickly, they dish Jesus off to Pilate. And Pilate is just simply not equipped to handle the situation in front of him. He is used to the Jewish leaders being against each other in just about every issue. But here, in front of him, they were united in one issue. They wanted Jesus dead. What we need to picture this evening is the prætorium. The Pætorium is this big courtyard. So you picture steps and a dais on one side with Pilate’s living quarters behind that. In the middle is Jesus. And around him are hundreds of soldiers. Just outside that are the Jews accusing Jesus. But Mark gets to the conclusion of the conversation. Pilate says, “You are the King of the Jews, aren’t you?’”1 It’s a question that expects a “yes” answer. In a very interesting way Jesus responds to him. He says, “That’s what you say.’”2 It reminds me of when I got into stupid arguments with other children when I was growing up. When someone made fun of me, the ‘go-to’ response was “Sez you!” Here Jesus means these words truly and sincerely. Pilate had a warped notion of what a king was and should be. But Pilate wasn’t there to learn from Jesus. Pilate was there to use Jesus. To Pilate Jesus was a convenient King. Pilate’s plan was to use Jesus to hopefully free Jesus. But if that didn’t work, at least he could use Jesus to survive at least one more day. But that’s not the sort of king Pilate had in front of him. Kings make commands. Instead, Pilate wanted to make commands to Jesus.

And isn’t the same true today. The King of kings says today, “I have mercy on some and send them to heaven” and “I will be fair and just ot others and send them to hell.” And in response, the sin-filled world around us says: “I will not follow a king who allows such evil people into heaven and I will not follow a king who sends people to hell who do so little that’s really wrong.’” Instead of hearing and obeying commands to the King of Kings, they give commands to him or ignore his commands.

And isn’t the same true of us? We can despise Pilate or laugh at the world around us for making Jesus into a convenient King. But we do the same. Our King makes commands. He tells us to worship him with our whole heart, but our focus and attention drifts in and out the entire time we are here this evening. Our king commands us to grow in God’s word by reading our bibles at home and studying them here, but it’s ever-so-tempting to ignore those commands from our King. He commands us to come to him regularly in prayer. But it’s ever-so-tempting to redefine that command into “when I get around to it.” Pilate called Jesus the King of the Jews. But he made him into a convenient king. And all of us do the same today. But then, Mark shifts our away from the inside to the outside: “6 At the festival Pilate used to release for the people a prisoner whom they requested. 7 There was one named Barabbas, who was in prison with rebels who had committed murder during the rebellion. 8 The crowd came up and began to ask Pilate to do for them as was his custom. 9 Pilate answered them, “Do you want me to release the King of the Jews for you?” 10 For he knew it was because of envy that the chief priests had handed him over. 11 But the chief priests stirred up the crowd so that he would release Barabbas to them instead. 12 Pilate asked them again, “Then what do you want me to do with the one you call the King of the Jews?” 13 Again they shouted, “Crucify him!” 14 Pilate said to them, “Why? What has he done wrong?” But they shouted all the more, “Crucify him!” 15 Wanting to satisfy the crowd, Pilate released Barabbas to them; and after having Jesus flogged, he handed him over to be crucified.” (Mark 15:6–15 CSB17)

Here, as the focus shifts to the crowd on the outside we see a fascinating irony: The harder Pilate tries, the worse the situation gets. Pilate pleads for this king’s innocence. Then, when that doesn’t work, he tries to compromise and just have the king beaten. But that just makes the situation worse and they then go for everything they can: they shout, “Crucify him.”

But, as ironic as the situation is, it is also perfectly completely appropriate. For Jesus was the only one there who took that title that Pilate spoke seriously. The King of the Jews must finally take responsibility for the Jews. Who would pay for the piled up generations of rebellions and lies the Jews told? To whom much is given, much is expected. And so, it was appropriate and even perfect that their shout would be Jesus’ will. For the King of the Jews had to take responsibility for the Jews. And even more amazing still, Jesus takes responsibility not only for the rebellions of the Jews, but also for us Gentiles. Pilate looked for a convenient King. And we too have followed in his footsteps. The crowd looked for a crucified king. And, in such a perfect and appropriate way, what they wanted, they got. For this king takes responsibility for their rebellions and ours. But these words end back inside the prætorium again: “16 The soldiers led him away into the palace (that is, the governor’s residence) and called the whole company together. 17 They dressed him in a purple robe, twisted together a crown of thorns, and put it on him. 18 And they began to salute him, “Hail, King of the Jews!” 19 They were hitting him on the head with a stick and spitting on him. Getting down on their knees, they were paying him homage. 20 After they had mocked him, they stripped him of the purple robe and put his clothes on him.” (Mark 15:16–20 CSB17)

Pilate looks for a convenient king. The crowd cries out for a crucified king. The soldiers make Jesus into a clown king. They beat him up. They spit on him. They make fun of him. All of my life I’ve had a strange understanding of clowns. For I’ve never known exactly why they exist. When I was a child there were a bunch of clowns who came to our school. And there was this one clown who gave a kid a bat and then made fun of the kid until the kid beat the clown with the bat. Then, when the kid hit the clown the first time, the crowd around looked at the clown in shock. What would the clown do? Would he encourage the violence or stop it? The clown did everything he could to get the kid to beat him more. Why? Maybe he was trying to provide the children with an outlet: beat on me instead of beating on each other. Maybe he just simply thought it was funny and knew others would think it was funny too. But it taught a very real lesson: it was ok to beat on this guy—and it was even fun. That’s what the soldiers learned about Jesus. No one would get in their way. And the abuse they poured out on Jesus was fun.

But here is were we return back outside again in our own hearts. For Jesus wasn’t just the king of the Jews, he was also the King for the Jews. He paid for that sin along with all the others when he was crucified. For Jesus is the atoning sacrifice for the sins of the entire world. Amen.