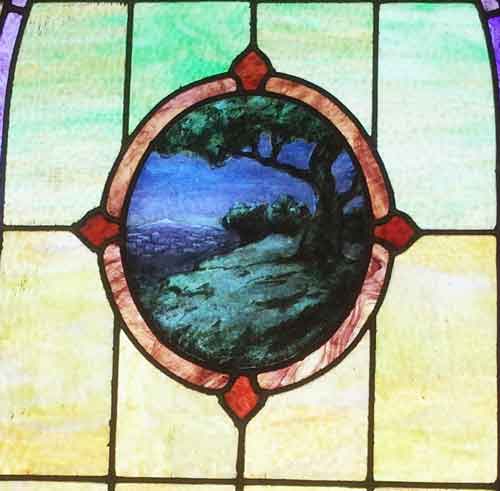 Pastor Steve Bauer
What Are You Looking For? (Midweek Lent 4)

What Are You Looking For?

January is a difficult month. At the beginning of each year people make New Year’s resolutions. They flood into gyms. And, for years, when I used to go to a gym like that, that was a frustrating month. That was the month there was no open spaces in the exercise classes. That was the month there was no open showers. But by this time of the year most of those people were gone. And they were gone ever year. And it made me ask the question: Is it possible to be a part-time member of a club? And the answer is: yes. It’s not the wisest use of money. But you can pay for a gym membership and then only go occasionally. But does it work the same way as a Christian? Can you be a part-time Christian that is not attached and not entangled? That’s the question that Mark makes us ask this evening. In Mark 14, we read: “53 They led Jesus away to the high priest, and all the chief priests, the elders, and the scribes assembled. 54 Peter followed him at a distance, right into the high priest’s courtyard. He was sitting with the servants, warming himself by the fire.” (Mark 14:53–54 CSB17)

Can you follow Jesus from afar? Can you be a disciple from a distance? That’s the question that Mark makes us ask. He lets us see Peter trying to straddle the fence. And he wants us to stop and ponder that question: Can I be a disciple from a distance? Then, as is his habit, he takes us away to another person. We read: “55 The chief priests and the whole Sanhedrin were looking for testimony against Jesus to put him to death, but they could not find any. 56 For many were giving false testimony against him, and the testimonies did not agree. 57 Some stood up and gave false testimony against him, stating, 58 “We heard him say, ‘I will destroy this temple made with human hands, and in three days I will build another not made by hands.’” 59 Yet their testimony did not agree even on this. 60 Then the high priest stood up before them all and questioned Jesus, “Don’t you have an answer to what these men are testifying against you?” 61 But he kept silent and did not answer. Again the high priest questioned him, “Are you the Messiah, the Son of the Blessed One?” 62 “I am,” said Jesus, “and you will see the Son of Man seated at the right hand of Power and coming with the clouds of heaven.” 63 Then the high priest tore his robes and said, “Why do we still need witnesses? 64 You have heard the blasphemy. What is your decision?” They all condemned him as deserving death. 65 Then some began to spit on him, to blindfold him, and to beat him, saying, “Prophesy!” The temple servants also took him and slapped him.” (Mark 14:55–65 CSB17)

After making us ponder the question, can I be a disciple from a distance, he takes us to Jesus who is on trial. Here in these words it’s deep into the night, Maybe 2 or 3 AM. And in these words Jesus is waiting and looking for a way and a time to speak the truth. So all the priests and all the Sanhedrin were there. And they make up one lie to accuse Jesus of. And accusation after accusation, lie after lie, Jesus is silent. And finally then the chief priest stands up and accuses Jesus. And Jesus is still silent. Then, finally he asks Jesus the right question. He says, “You are the Christ, the Son of the Blessed One, aren’t you?” And here, finally, Jesus answers. Here is where Jesus takes his stand. Here is where Jesus is willing to lay his life on the line for us. He is not willing to be condemned made up lies. But he is willing to be condemned for who he actually is, the Son of Man.

Now, notice that Jesus tells the high priest, “yes.” But he does so in a very interesting way. Early on in Jesus’ ministry he called himself the Son of God, and they hated him for it. From that time on he would call himself the Son of Man. This was a way of emphasizing his humanity and frailty as a human. But in a very interesting way, he would refer to himself as the Son of Man at the very same time he did something only God could do. Here in these words he is doing much the same. When he is asked if he is the “Christ” he says that he is the “Son of Man.” But then notice what where he goes. He takes us way back into the Old Testament to the book of Daniel.1 In the book of Daniel God the Father is pictured, sitting on this throne. And there is one who looks “like a son of man.” But this Son of Man will come on the last day to judge the living and the dead. Notice what Jesus was doing with these words. He was both admitting that he was the Son of God without saying the words and urging them to repent of their sins. But instead of repenting, they began to persecute Jesus.

All of this then drives us to ask a very important question: why? Why did Jesus wait for this exact and precise moment to say that he was the Son of Man and true God in front of them all? We find the answer that question in the words that follow: “66 While Peter was in the courtyard below, one of the high priest’s maidservants came. 67 When she saw Peter warming himself, she looked at him and said, “You also were with Jesus, the man from Nazareth.” 68 But he denied it: “I don’t know or understand what you’re talking about.” Then he went out to the entryway, and a rooster crowed. 69 When the maidservant saw him again, she began to tell those standing nearby, “This man is one of them.” 70 But again he denied it. After a little while those standing there said to Peter again, “You certainly are one of them, since you’re also a Galilean.” 71 Then he started to curse and swear, “I don’t know this man you’re talking about!” 72 Immediately a rooster crowed a second time, and Peter remembered when Jesus had spoken the word to him, “Before the rooster crows twice, you will deny me three times.” And he broke down and wept.” (Mark 14:66–72 CSB17)

Just as Mark begins this part of God’s word with Peter, so also, he ends with him too. Can you follow from a distance? Can you follow from afar? Peter tries to and then fails. For there’s this servant girl who recognizes him. She asks whether he was with Jesus. And he denies being a follower of Jesus. And what’s interesting here is that he can’t deal with her the way he dealt with Malchus in the Garden of Gethsemane. He cannot deal with this situation with violence. You can’t beat up a teenage girl with feisty questions. So he takes the only course of action that he can: he denies that he is a follower of Jesus. Then he walks out of the courtyard. She sees him again and asks him the same question in front of other people. He denies Jesus a second time. Then, after a little while, the people standing there question Peter. And, with curses and oaths he denies that he even remotely knows who Jesus is. And these words are sadder than they appear. For in Hebrew, oaths like this were negative oaths. Peter was cursing himself if he knew who Jesus even was—let along follow him. Peter was saying, “May I burn in hell forever if I even know who this guy is.”

Can you be a disciple from a distance? Can you follow from afar? The clear answer is: no. It was true for Peter. It is true for us too. The world sees you. The world sees if you follow Jesus or not. If you follow Jesus closely, they see it. If you try to follow Jesus from afar, they see it. And either direction you take, they will condemn you. That’s the bitter irony that Peter learned. If I take my stand with Jesus in front of the entire world, the entire world will condemn me. And if I try to hide my faith and pretent that I can follow Jesus from afar, the world will properly and rightly accuse me of hypocrisy and then condemn me. You cannot be a half-way Christian. Either you follow Jesus completely, or you deny Jesus completely. Peter denied Jesus completely to avoid the condemnation of the world. And his example condemns us too for the times we have done the same.

But even though these words start with a question and end in bitterness, there is hope in them. For Peter denied Jesus in front of them all. And we can find times and examples in our lives when we have done the same. But look at Jesus. Even as Jesus was being condemned, he reached out with words of repentance, letting them know he would come to judge the living and the dead. And those words even still today move us to repent. And they don’t just move us to repent. They also move us to praise Jesus. For Jesus was the one who was willing to speak the truth in front of them all for us. And then he was willing to die for that truth. With that faithfulness he wins our redemption and covers our sins of following from a distance. Amen.