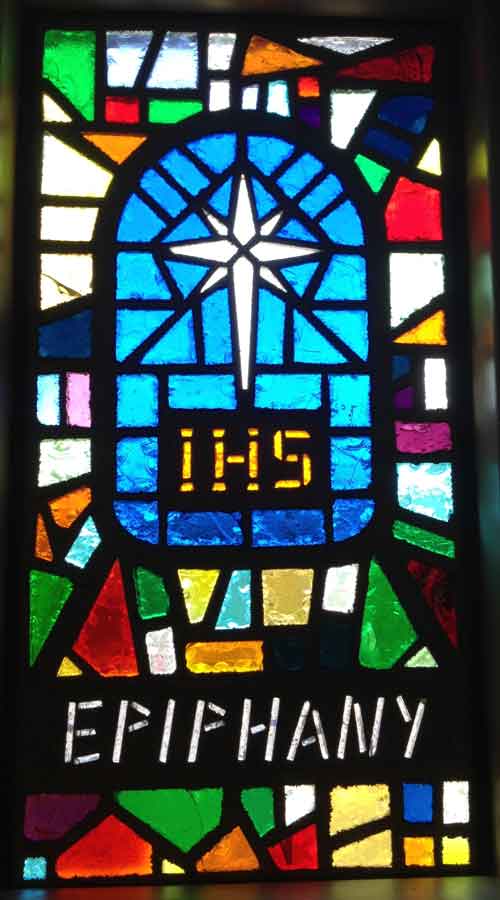 Pastor Steve Bauer
We Have Come To Worship The King (Epiphany)

We Have Come To Worship The King

What is beyond the next mountain? Years and years ago, President Jefferson sent Lewis and Clark to explore the land to the west to see if there was a way to the ocean. And they went up the Missouri river deep into Montana. But then the river thinned out and the mountains stood there in front of them. And they thought to themselves: “All we have to do is climb to the top of those mountains, then it’s all downhill to the other side.’” So they climbed with all their strength and determination to the top of the mountains through feet of snow. And then, when they got to the top, what did they see? They saw more mountains. For the mountains in the west were nothing like the mountains in the east. This evening in Matthew’s gospel we meet men who traveled so very far to get to Israel. But, much like Lewis and Clark, when they thought they were so close to the end of their journey, they realized that there were more difficulties in front of them. In Matthew 2, we read: “1 After Jesus was born in Bethlehem in Judea, during the time of King Herod, Magi from the east came to Jerusalem 2 and asked, “Where is the one who has been born king of the Jews? We saw his star when it rose and have come to worship him.”” (Matthew 2:1–2 NIV11-GKE)

The Magi were close—so close to arriving at their goal: worshipping their King. But they faced an obstacle. It was an obstacle that actually we have no hint that they stumbled on. But it’s one we wrestle with in our every day life. What guided them from the East to Bethlehem? The Lord provided a star for them. How amazing this star must have been—How bright, how brilliant. There was the real temptation to be distracted by the star instead of be guided by it. And we face the same temptation today. We use earthly aids to help us focus on our King, Jesus. But the problem is when these earthly aids replace our worship of the king. If you remember singing Silent Night with lit candles more than the content of the readings and the sermon, you’re not worshiping the king. If you get frustrated that the pastor didn’t pick out your favorite hymn on Christmas Eve or Day and you miss the opportunity to see through God’s word yet again your king born and placed in the manger, you are not worshipping the king. The magi had a start to guide them. And again, we have no hint that they were led astray by that earthly aid. But if we look into our hearts, we have to admit that we have faced that temptation to find more joy and meaning in lit candles and sung songs than in the hearing of God’s word.

And so, signs are an obstacle to worshipping the king. But there was another obstacle: “3 When King Herod heard this he was disturbed, and all Jerusalem with him. 4 When he had called together all the people’s chief priests and teachers of the law, he asked them where the Messiah was to be born. 5 “In Bethlehem in Judea,” they replied, “for this is what the prophet has written: 6 “ ‘But you, Bethlehem, in the land of Judah, are by no means least among the rulers of Judah; for out of you will come a ruler who will shepherd my people Israel.’”” (Matthew 2:3–6 NIV11-GKE)

We have come here to worship the king. One obstacle we face is signs that should help us and instead distract us. Another obstacle is what we find here in these verses: earthly stress. When the magi came to Herod and started throwing around the name, “king,” everyone was shaken and stirred up. They were terrified because all of them knew that Herod the Great had one solution to whatever problem he faced: he killed it. When one of his sons threatened to take over his throne, he killed him. When he heard rumors that his wife—the wife he really, truly loved, was plotting to overthrow him, he killed her. And all the elders and priests gathered there knew this. And so, there was pressure, there was stress to stay away from this little king born in Bethlehem. And we see how real this stress was. For when the Magi asked where the king was to be born, the teachers and priests knew exactly the passage in the Old Testament to go to. They went right to Micah 5. But when the Magi left to worship the true king of Israel, did they follow? What good is it to know the truth of who the king is, but then to give into earthly stress and pressure and then not worship him? This too is a temptation we face today. If you refuse to hand over your artistic expression to endorse same-sex marriage today don’t be surprised if you will be condemned by the world around you and then fined by the government. And this too is an obstacle in front of us that gets in the way of our worship: earthly stress. But there’s one more obstacle to speak about: “6 7 Then Herod called the Magi secretly and found out from them the exact time the star had appeared. 8 He sent them to Bethlehem and said, “Go and search carefully for the child. As soon as you find him, report to me, so that I too may go and worship him.”” (Matthew 2:6–8 NIV11-GKE)

Look at all these roadblocks and obstacle that get in the way of us worshipping our king: earthly signs that might allure and entice us away from our Savior and King, earthly stresses that threaten to make us cowards. And here we see our final one: God’s silence. Every year when I preach on these words I am amazed at how blind the Magi are. You can just see Herod standing there, saying to the Magi, “Show me where the king is so that I may stab—urr, I man see him.” And we find no hint that they could see through his lies. In fact, it takes a vision from God to warn them to not turn back to Jerusalem.

And that too is a stumbling block in our way too, isn’t it? God gives us promises. But then he leaves us in the dark. He does not tell us where, when and how he will keep his promises and answer our prayers. He just simply promises that he will. And the Magi showed that they were wise not by seeing through Herod’s lies, but instead by humbly and thoroughly trusting the words that the Lord spoke to them.

Look at all these obstacles: signs, stresses from the world, silence from God. Who will clear away all these obstacle? How great it is that we have a king like the one we have. Look at how Jesus deals with these obstacles. First, he reminds us that his power and forgiveness does not come to us through stars in the sky or candles in the sanctuary, but instead, through God’s word. Second, just like he did with the Magi, he gives us so strong of a faith that we follow him even amidst all the stress the world puts on us to not worship him. Third, he gives us one promise after another in his word and then asks us one simple question: “how many have I broken?” Indeed, he has kept all his promises. So if he keeps all his promises we don’t need to know the when and how. It is enough for us to know that he will keep these promises.

And where does that leave us tonight? Let’s read our concluding words: “9 After they had heard the king, they went on their way, and the star they had seen when it rose went ahead of them until it stopped over the place where the child was. 10 When they saw the star, they were overjoyed. 11 On coming to the house, they saw the child with his mother Mary, and they bowed down and worshiped him. Then they opened their treasures and presented him with gifts of gold, frankincense and myrrh. 12 And having been warned in a dream not to go back to Herod, they returned to their country by another route.” (Matthew 2:9–12 NIV11-GKE)

With all these obstacles removed, we, just like these Wise Men have the privilege of bowing down and worshipping Jesus, our king. And what I love about these words is how simply they end. There are parts of God’s word that call on us to act. But notice here, in these words God’s word does not call on us to take action, but instead to do just the opposite. The Holy Spirit on this beautiful night calls on us to fall down in humble worship. For Jesus is our king. He is the one who has cleared away all the obstacles. He takes moves our focus away from the signs that might distract us and places them on his word. He gives us focus and courage to worship him despite the earthly stresses that surround us. And he reminds us that even though he is silent so much of the time, nevertheless, he has spoken to us in his word. And the promises he makes, he keeps. Amen.