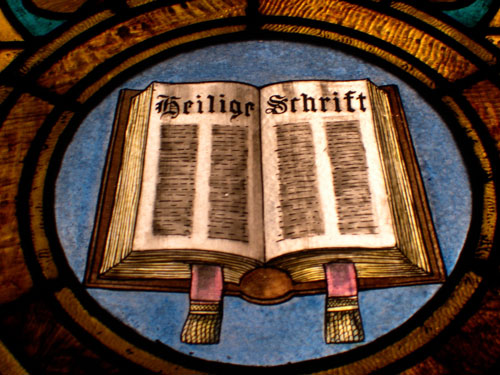 Pastor Steve Bauer
That’s not what I ordered (Epiphany 3)

That’s not what I ordered

This is not what I ordered. Years ago, I went to a restaurant. And there was table next to mine. And at that table one by one, the waiter took each person’s order. Minutes passed by and the food came. And the waiter put in front of one of the women at that table a big steak. And as soon as she saw it, those were the words she spoke: “You need to take this back. That’s not what I ordered.” There is this frustrating offense each of us goes through when we order and ask for one thing, but get another. That’s what we have in front of us this morning. In Luke’s gospel, we read these words: “16 He came to Nazareth, where he had been brought up. As usual, he entered the synagogue on the Sabbath day and stood up to read. 17 The scroll of the prophet Isaiah was given to him, and unrolling the scroll, he found the place where it was written: 18 The Spirit of the Lord is on me, because he has anointed me to preach good news to the poor. He has sent me to proclaim release to the captives and recovery of sight to the blind, to set free the oppressed, 19 to proclaim the year of the Lord’s favor. 20 He then rolled up the scroll, gave it back to the attendant, and sat down. And the eyes of everyone in the synagogue were fixed on him. 21 He began by saying to them, “Today as you listen, this Scripture has been fulfilled.”” (Luke 4:16–21 CSB17)

Here, in these words, Jesus shares with the people of own town and his own people good news. About 800 years before this the prophet Isaiah was writing to the Jewish people. The Jewish people had rebelled against the Lord so powerfully and persistently that he allowed the Babylonians to come down, conquer them, and then lead them away as captive slaves. But the Lord had good news for them. First, their captivity under the Babylonians would one day come to an end. But, second, there was even better news. The captivity they had to death would be conquered. The spiritual darkness inside of them would be forgiven. And they would be brought into the light. Their slavery to sin would not exist anymore because they would be set free. That is what Jesus said to them. And it was a good message. But what he said right after that was even more good news. Jesus doesn’t just tell them that the Lord would free them. Jesus also tells them when. Right then, in their hearing, these words are fulfilled. There can be no greater or more joyous message than what Jesus shared with them. But what happened next was definitely not what Jesus ordered. We read: “They were all testifying against him and were amazed by the gracious words that came from his mouth; yet they said, “Isn’t this Joseph’s son?”” (Luke 4:22 CSB17)

Jesus shares this amazing message of forgiveness with them. And we would expect “amens” and invitations to preach some more to flow from their lips. Instead, they begin to testify against Jesus.1. Instead, they were shocked at his words of grace.2 These precious words of undeserved love towards them that Jesus was sharing with them—that’s what they were offended at. They were offended at Jesus’ words of gracious love towards them because in their own hearts they had concluded that they had no need for God’s grace or mercy. Jesus didn’t order this. Jesus did not ask for or plan for them to reject such amazing good news. But, in what follows, we can be sure that they did not order what Jesus spoke next: “23 Then he said to them, “No doubt you will quote this proverb to me: ‘Doctor, heal yourself. What we’ve heard that took place in Capernaum, do here in your hometown also.’” 24 He also said, “Truly I tell you, no prophet is accepted in his hometown. 25 But I say to you, there were certainly many widows in Israel in Elijah’s days, when the sky was shut up for three years and six months while a great famine came over all the land. 26 Yet Elijah was not sent to any of them except a widow at Zarephath in Sidon. 27 And in the prophet Elisha’s time, there were many in Israel who had leprosy, and yet not one of them was cleansed except Naaman the Syrian.”” (Luke 4:23–27 CSB17)

What Jesus says here in these words are some of the harshest words that Jesus ever spoke. But, my dear friends in Christ, he spoke them in love. And, as we begin to look at them, what amazes us is how Jesus lets us know what we would not have learned if we read these parts of the Old Testament by themselves. There were many widows in Elijah’s day in Israel. But the Lord did not send Elijah to perform a miracle for any of those widows. Instead, he sent Elijah to the Gentile widow. And there were many people with leprosy in Israel in Elisha’s day. But the Lord did not send Elisha there. Instead, he sent him to the enemy of the Israelites, to Naaman the Syrian. Why did the Lord do this? Why did he send Elijah and Elisha outside of Israel to perform miracles. The answer is this: in order to appreciate the good news, you first need to see that it is good news. And in our final words for this section, we ask the question: How did the fellow members of Jesus’ church receive his message? “28 When they heard this, everyone in the synagogue was enraged. 29 They got up, drove him out of town, and brought him to the edge of the hill that their town was built on, intending to hurl him over the cliff. 30 But he passed right through the crowd and went on his way.” (Luke 4:28–30 CSB17)

They excommunicated Jesus. Then they tried to execute Jesus. Now, for us here this morning, what do we do with all of this? Here in these words your Savior invites you Embrace what Jesus orders for you so that this good message has meaning. Jesus came to his own congregation in his day preaching such amazing good news, asking, ordering, expecting that they would embrace this message with joy. Instead, he got the opposite. We too face the same temptation. When we hear these words of forgiveness there should be joy in our hearts, but instead we face this real temptation to say, “I didn’t order this.’” We have this real temptation towards apathy. Apathy is where you should feel something—either good or bad. But instead, you feel nothing. Or, instead of apathy, you feel antipathy. Antipathy is intense and immense hatred. What does this look like? It looks like this: A pastor prepares a solid sermon, exposing sin and expressing God’s love for them in Christ. And the person says, “yeah, that just didn’t speak to me.’” It’s looks like this: Making the melody of the hymn more important than the content of the hymn. It’s when Jesus becomes our mentor instead of our Messiah, our cheerleader instead of our life-bringer.

And so, out of love for us, just has he had love for those in his own congregation, he exposes our apathy and antipathy. And we say, “I didn’t order this.’” But what follows is even more amazing. After he has prepared our hearts, he takes us back to the good news. He sends his Holy Spirit into our hearts. And our new person inside of us says, “I didn’t order that gospel message.’” Just as the gentile widow and Naaman the Syrian could not have every said, “I ordered and asked for salvation,” we too can say the same. The widow told Elijah that he could eat with her one last meal before they all died. And then they had many months of mini-miracles with food that did not run out. Naaman was looking for a cure to the disease in his body—that’s what he ordered. But instead, he received a miracle for both his body and his soul. He found the true God, the Lord. And the Lord does the same for us. None of us asked Jesus to be our Savior. None of us were able to save ourselves. None of us ordered this. But what we did not order, Jesus gave us. Jesus gave us a new heart to appreciate this good news. Then he shows us that he is our Savior.