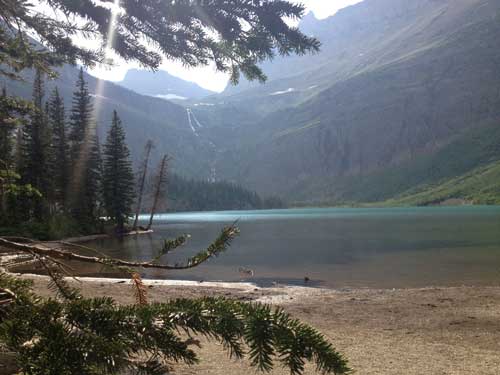 You know who to listen to. Imagine, this morning, that you’re running a 10 mile race. And as you’re running you encounter two people. There’s one guy. He has to stop every 100 feet or so to catch his breath. And then there’s guy two. He passes you like you are a rock on the side of the road. And then he effortlessly finishes the race minutes ahead of you. You get to the finish line. And each of the guys says, “That was a tough race.” Which one are you going to believe—The guy who stopped every 100 feet, or the guy who was fast and didn’t stop. You know who you would listen to. Keep that thought in your brain as we begin these words here in Mark, chapter 4: “35 That day when evening came, he said to his disciples, “Let us go over to the other side.” 36 Leaving the crowd behind, they took him along, just as he was, in the boat. There were also other boats with him. 37 A furious squall came up, and the waves broke over the boat, so that it was nearly swamped. 38 Jesus was in the stern, sleeping on a cushion. The disciples woke him and said to him, “Teacher, don’t you care if we drown?”” (Mark 4:35–38 NIV11-GKE)

In these words we see Jesus as human as he could possibly be. He is exhausted. He needs sleep. So they get him on the boat. And as soon as his head hits the pillow he is in deep sleep. But then what happens? A storm, a squall falls on them. The boat gets filled with water. And what is Jesus doing? he’s just there sleeping—Amidst all the water and rain, he’s just there sleeping. And as the minutes go by, finally they can’t take it anymore. They get Jesus up.1 Now, before we go any further, before we begin to speak against these disciples for their stupidity, remember there were those in that boat who were experts. There were those who were in that boat who were professional fishermen. They knew the difference between a small sprinkling and furious squall. They knew it, so they cried out, “Don’t you care about us?” So then, what happens next? “He got up, rebuked the wind and said to the waves, “Quiet! Be still!” Then the wind died down and it was completely calm.” (Mark 4:39 NIV11-GKE)

There are times in our lives when we find ourselves in the same soaked sandals as Jesus’ disciples. When we see the power of God’s creation, our great temptation, like them, is to panic. I remember when I was a kid, fishing with my dad. We found a fishing hole beside a river. And so we stayed there. But then the rain came. So we packed everything up and went back to our campsite—or at least we tried to. The motor on the boat was chugging as we went, foot by foot, upstream. The wind churned up the waves. And the current made us drift from one side to another. I can tell you, that when you see the power there in God’s creation, you panic. And the wind and waves on that river were nothing compared with this furious squall on the sea of Galilee.

So we sin. We either panic at God’s power in creation, as these disciples did. Or we exploit God’s promises, thinking that he’ll protect us despite our stupidity. How is then that Jesus deals with their sin? “He said to his disciples, “Why are you so afraid? Do you still have no faith?”” (Mark 4:40 NIV11-GKE)

In their panic they accuse Jesus of not caring. But look at what Jesus does: He shows how much he cares for their souls. He makes them ask themselves a question, “Why am I acting as if I have no faith here inside myself?” Jesus had given to them a promise that they would be fishers of men. It’s kind of hard to do that when their drowned bodies are there at the bottom of the sea, isn’t it? He shows how much he cares for them by strengthening their souls by strengthening their faith. He forgives their sins by trusting his Father completely, perfectly in their place. He forgives them by having his breath crushed out of him, not by cold water, but instead by the burning gravity of the cross as he slowly died for the world.

Jesus has absolute control over all of his creation. And he uses this for you, to protect your bodies. Whenever I read these I can’t help thinking of the words of our final hymn. The writer of that hymn is Horatio Spafford. He was a man that God had blessed financially. He planned on helping an evangelism effort in England. But he was delayed because of his work. So he put his wife and four daughters on a boat. And he planned on getting on another boat and following later. The ship his wife and four daughters were on was hit by another ship. The wife survived. The four daughters did not. When he found out, he sat down and wrote these words:

When peace like a river attendeth my way,
When sorrows like sea billows roll—
Whatever my lot, thou hast taught me to say,
It is well, it is well with my soul.

Don’t you care? That’s the question that crushes the disciples just as much as the waves did. And in these words we see that our Savior does. He cares for our souls by forgiving our sins and preserving our faith. He cares for our bodies by preserving them. But my dear friends in Christ, If he delays in coming, he will care for us in this world in one final way. He will care for us by taking us from this world of panic and pain. And he will do this through death.

With all of this in mind, be at peace. Be content. For your Savior who is in absolute control of every sprinkling of rain and every furious squall will watch over you. And he will care for you finally by taking you from this world into the next. Amen.