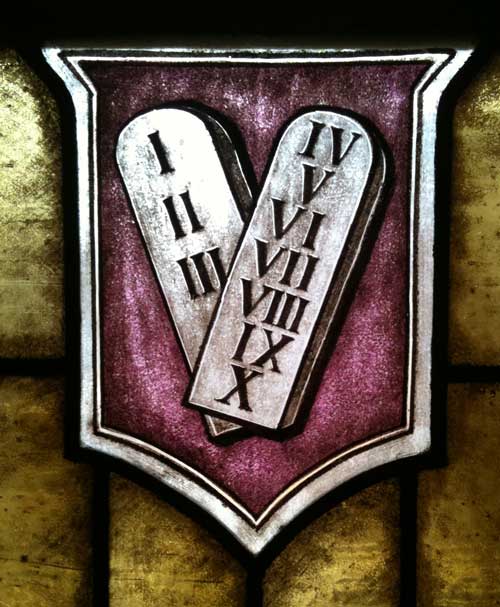 What If You Tested The Teacher?

Let’s test the teacher. Years ago, when I was at Martin Luther College, we had to learn our languages by memorizing them. And let’s face it, it’s not easy to make memorization fun. Sometimes memorization is just plain hard work. Our greek professor told us that the key to making it easier was to memorize all the time. He told us, “I should be able to call you on the phone at 2 AM and ask you what the principal parts of ⲃⲁⲗⲗⲱ are, and yo u should be able to rattle them off without thinking and then go back to sleep.” Well one night, one of my classmates had an idea. He thought to himself: let’s test the teacher. So he waited till ab0ut 2 or 3 in the morning on a Friday night and then called our Greek professor on the phone. The professor answered. And the student said, “Give me the principal parts of ⲃⲁⲗⲗⲱ, now!” The professor laughed and, from memory, rattled off the proper answer. Then he said, “Peter, I will find you and get you back.” (His name wasn’t Peter.) There are those times we wonder, what if I tested the teacher. That’s the context we find ourselves in this morning. These words are spoken on Holy Week. Jesus has just been tested by the Pharisees about marriage and divorce. And he told them, “Give to Cæsar what is Cæsar’s.” He is tested by the Sadducees letting them know that marriage is for this life and our resurrections are in the next life. And there’s this expert in the law who sees all of this and is amazed. And he is so amazed that he can’t help himself from testing Jesus. And so, in Mark 12, we read: “28 One of the teachers of the law came and heard them debating. Noticing that Jesus had given them a good answer, he asked him, “Of all the commandments, which is the most important?” 29 “The most important one,” answered Jesus, “is this: ‘Hear, O Israel: The Lord our God, the Lord is one. 30 Love the Lord your God with all your heart and with all your soul and with all your mind and with all your strength.’ 31 The second is this: ‘Love your neighbor as yourself.’ There is no commandment greater than these.” 32 “Well said, teacher,” the man replied. “You are right in saying that God is one and there is no other but him. 33 To love him with all your heart, with all your understanding and with all your strength, and to love your neighbor as yourself is more important than all burnt offerings and sacrifices.”” (Mark 12:28–33 NIV11-GKE)

After all the testing and trapping is done, a man, an expert in God’s word steps forward. And he asks him the simple, but extremely important question, “out of all the commandments, which one is the first, the most important?” And notice what happens. When a teacher tests the Teacher, The teacher, Jesus, answers his question. The heart and soul; the height and depth of the commandments is love—for your neighbor beside you, for you Lord above you. And the man essentially repeats what Jesus said. He tells Jesus that loving your neighbor and your God is better than piling up sacrifices to the Lord.

This man avoided all these traps. He avoided carelessness with the commandments, being coerced by them and also being consumed by them. And, after all of his continual studying, what he found was that the heart of the commandments was love—first for God, then for the neighbor. And you have to look at him and realize how alone he was. He got it. He understood that the heart of the commandments was love. But, on the one side, he had the Sadducees who didn’t care about the commandments. And on the other side, he had the Pharisees, who were consumed by them. And then he heard Jesus speak the beautiful truth that the heart of the commandments was love. Oh how refreshing and amazing it was to hear this from Jesus. So he had to test Jesus. And how thankful he must have been to have Jesus answer his question. But, my friends in Christ, Jesus didn’t stop here. He didn’t just answer the question. He also then, right after that, questioned this man’s answer. We read: “When Jesus saw that he had answered wisely, he said to him, “You are not far from the kingdom of God.” And from then on no one dared ask him any more questions.” (Mark 12:34 NIV11-GKE)

There’s the old saying, “Close only counts in horseshoes and hand-grenades.” There is a difference between being “close” to the kingdom of God and actually being “in” the kingdom. This expert avoided so many traps. And yet he fell into a trap that was just as bad as all the others. Yes, it’s true that the heart and soul of the commandments is love. But he never stopped to ask another important question: Can I actually keep these commandments? You see, the problem isn’t with the commandments. The problem is with us. WE cannot keep them. And so this man might have been expecting a pat on the back, a “Well done” comment from Jesus. But instead, he let the expert know that he still was not in the kingdom of God.

And with that fact we know our sins are forgiven—even all the lies and traps we tell ourselves about the commandments. But he does so much more than that. The perfect and complete love that he had for his Father and his fellow humans he gives to us. Through his word he created faith in our hearts. And with this gift of faith he gave us another, new nature to wage war against the old one. And this new nature is actually able to love without carelessness and without being coerced and without being consumed by the law, making people into tools. In short, what John says elsewhere is so very true: “We love because he first loved us.” (1 John 4:19 NIV)

So what if…? What if you tested the teacher? What would he do? He would answer your question. Then he would question your answer. Finally, he would give you the real answer to the real question. Amen.