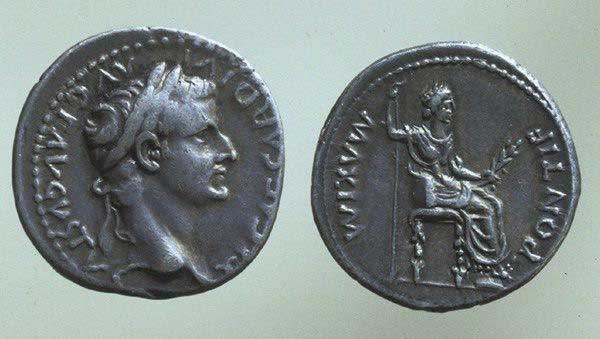 What Drives Our Giving?

People are fascinating. When I first started High School, we had to take fine arts classes. So I signed up for drama classes. And one of the first homework assignments I had was to go out somewhere and study someone so that we could act and pretend to be that person for a minute or two. So that’s what I did. I went across the street from our home to the grade school. I took out a notebook and a pen and studied the children. And there was this boy who began to tie his shoes. But half way through he realized that it was work to tie his shoes. So he put on the saddest face—the sort of face that makes mom’s sigh and dads act. And then he said, “Teacher, I need help.” And as the teacher kneeled down and tied his shoe for him, this smug, self-contented smile spread across his face, as if to say, “Life is good. My mom makes me tie my shoes at home. But I just successfully trained my teacher to tie my shoes at school. Life is good.” I walked home after that thinking to myself one thought: people are fascinating. But I was not the only one who thought that people were fascinating. Jesus too thought that people were fascinating too. And they were so fascinating that they were worthy of time to observe and study. And in our gospel for this morning that’s exactly what Jesus does. In Mark 12, we read: “Sitting across from the temple treasury, he watched how the crowd dropped money into the treasury.” (Mark 12:41 CSB17)

As we read these words, it’s important to see the setting. It’s Holy Week. Jesus is in the temple area. He has just answered every tough question brought to him. And now no one is coming forward to test and challenge him. And so, for a rare moment in time, he has spare time. But he doesn’t let it go to waste. He sits down. Then he stares at and studies the people in the temple because they are fascinating to him.1 And as he does this, what is it that he sees? “41 Many rich people were putting in large sums. 42 Then a poor widow came and dropped in two tiny coins worth very little.” (Mark 12:41–42 CSB17)

What Jesus sees first is crowds of people coming up and dropping their offering into the temple treasury. But then, as time goes by, he sees more. He sees how there were many rich people who stopped by and dropped large sums of money into the treasury. This is a reminder for us that in those days there was no such thing as a check or credit card. If you had masses of money you had to carry it. One of the parts of the Old Testament that I thought was funny when I first read it was the description of Abraham. In our english versions it just says that Abraham was “rich” in gold and silver. But in the Hebrew it says that he was weighed down with gold and silver.2(Genesis 13:2 BHS-T)}} If you were rich, it was hard to hide it. Everyone could see the masses of money that these rich people brought because they had to carry them. Or, to be more specific, they had people to carry them. And as all of this happens, Jesus is just sitting there. But then there is this change in Jesus. And we hear about this in the verses which follow: “Summoning his disciples, he said to them, “Truly I tell you, this poor widow has put more into the treasury than all the others.” (Mark 12:43 CSB17)

So Jesus is sitting there watching one person after another. But then he sees someone get in line. And what he sees fascinates him. He sees one woman. He does not see teams and groups of people, as with the rich people. And he sees that she is a widow. There is no husband to go with her and support her. And then the final detail we learn about her is that she is poor. There was no trust-fund for her or life insurance. Her income died with her husband. Jesus sees her and studies her. In fact she is so fascinating to him that he calls his disciples over to him. And he tells them all that this one woman gave more than all the others who showed up that day. And then he tells them why this was true: “For they all gave out of their surplus, but she out of her poverty has put in everything she had—all she had to live on.”” (Mark 12:44 CSB17)

Notice the contrast Jesus sees. On the one hand, what drove all these people to give was the fact that they had enough if not even more than enough. And because they had enough, they could give some to the Lord. But just the opposite was true with this poor, lonely widow. What drove her to give was her lack. She did not have a husband. She did not have and income. And with that lack she arrived at a conclusion: “I can do no nothing because I have nothing.” And that was what fascinated Jesus. For from that conclusion she arrived at an even more important conclusion: “Since I can do nothing, the Lord will have to do everything. He will have to be the one who will save me from sin and from starvation.” And from this conclusion she arrived at a final conclusion: “since the Lord will provide for me, I can give freely and joyfully to him.” And so she did.

Joy in Christ—that’s what drove her giving. But for us here today, what is it that drives our giving? Here is where we face two temptations: first, our temptation is to give out of apathy and peer-pressure. After the sermon ends and it’s time for the offering we look around and all the other people are giving. I guess I should. And so, without much thinking and pondering we put our money in the plate. That’s one temptation. But the other temptation is just as bad. The second temptation is to give out of panic and desperation. We publish these numbers in our bulletin every week. And if we don’t understand them properly, we they can lead us to sin. If I see a negative number here in the bulletin, it’s so easy to conclude, “I have to give because if I don’t this church might close down.” And that’s not true at all. I’ve been in many congregations over the years and what causes churches to close down is a lack of love for God’s word, not a lack of money. The lack of money is an effect, not a cause. In one of the churches I served in, there was a guy who bought into a false teaching. And when our congregation refused to give into that false teaching he left. And he left with a strange sort of glee. You see, he was a very generous giver to the church—and everyone knew it. And, with glee, he left the church, expecting it to fold because he was no longer there. But the church didn’t collapse. In fact, it grew. It was a powerful reminder that that church belonged to Jesus. He died for those people. He gave them faith. He gave them their daily bread. And our great trap is to either care too little about our offerings (apathy) or to care too much (panic and desperation).

Those are our temptations. But what is the truth we see in these words? Just look at that widow. Did Jesus rescue her from her sin? And there’s the amazing part: we find no hint that she even knew he was there. But she knew her good and gracious Lord would forgive her sins. And the same is true for us. And did Jesus rescue her from her starvation? Year after year we walk through these words in catechism class. And I ask the kids: “So, do you think that this widow put her coins in the box and then went home and died of starvation.” And, in all my years of asking that question, they all had the same answer: “no.” They knew that the same Savior, Jesus, who died for us will also provide for us.

So where does that leave us this morning? That leaves us in the same place as this one poor widow. What drives us to give is our great joy in Christ. And what this joy in Christ drives us to do is to give freely. So when we get to that part when I say, “We continue with our thank-offering,” care about that money that you put in that offering plate. But do not let your care be driven by pressure or panic. Give freely, out of joy in Christ. Amen.