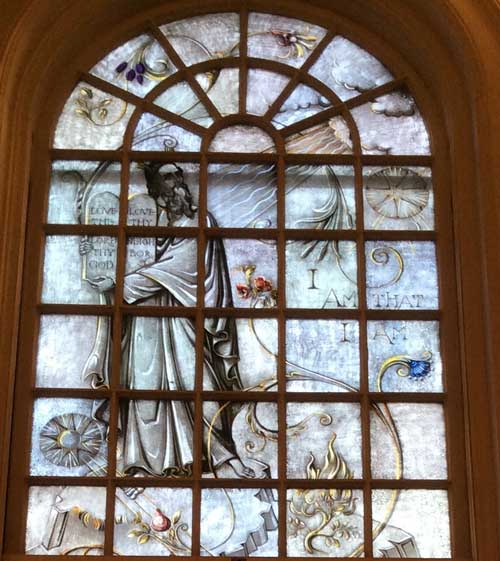 Take Away The Weight

It’s out of my hands. Part of being a doctor—especially an ER doctor, is that it’s your job to save lives. And the situation you can get yourself in if you are that kind of a doctor is that you get good at your job and you begin to conclude that you can save all people. But then there are those times you cannot save them. There are those times where you realize that both the problem and the solution are out of your hands. In Numbers 11, Moses faced the same situation, that both the problem and the solution are out of his hands: “4 The riffraff among them had a strong craving for other food. The Israelites wept again and said, “Who will feed us meat? 5 We remember the free fish we ate in Egypt, along with the cucumbers, melons, leeks, onions, and garlic. 6 But now our appetite is gone; there’s nothing to look at but this manna!”” (Numbers 11:4–6 CSB17)

Here we are again in the desert, just as we were several weeks ago. And here we are reminded that there was this “mixed-multitude” coming up out of Egypt along with the Hebrews—or to use the word here, the “riffraff.” These many people who fled from Egypt continually tried to lead the Hebrews astray. But, sad to say, as we look at these words, we see that the Hebrews wanted to be led astray. So what happens next? “10 Moses heard the people, family after family, weeping at the entrance of their tents. The Lord was very angry; Moses was also provoked. 11 So Moses asked the Lord, “Why have you brought such trouble on your servant? Why are you angry with me, and why do you burden me with all these people? 12 Did I conceive all these people? Did I give them birth so you should tell me, ‘Carry them at your breast, as a nanny carries a baby,’ to the land that you swore to give their fathers? 13 Where can I get meat to give all these people? For they are weeping to me, ‘Give us meat to eat!’ 14 I can’t carry all these people by myself. They are too much for me. 15 If you are going to treat me like this, please kill me right now if I have found favor with you, and don’t let me see my misery anymore.”” (Numbers 11:10–15 CSB17)

Week after week, month after month, the people complained about their food. And look at Moses. The Moses here is a different man than the one we saw months earlier. He is worn down. He he demoralized. Moses wasn’t the one who created these people. It wasn’t Moses’ plan to take them out of Egypt. And he wasn’t the one who was providing food for them in the desert—It was the Lord who was doing that. And yet, he felt the weight of a problem that was out of his control. So, in a low and lonely moment, he prays to the Lord that the Lord might murder him.1 And he prays that the Lord would just take the weight away.

Now, before we move on in these words, realize that nothing at all has changed from Moses’ time to our own. Christian congregations often have a habit of blaming a pastor for issues that are out of his control. Years ago there was a pastor who was called to a congregation after a long vacancy. And there were people who had left that church and weren’t coming back. But yet, when he got there, the leaders in the congregation made sure he knew that his job was to get those families who weren’t coming to church back into church. That was an issue that was out of his control. But the congregation was more than happy to pile on the weight. So the ancient Hebrews weren’t the only ones who face this temptation. Today Christians face the same temptation.

Now, if you were in the Lord’s shoes, what would you do with these problems? Notice then what the Lord does: “The Lord answered Moses, “Bring me seventy men from Israel known to you as elders and officers of the people. Take them to the tent of meeting and have them stand there with you.” (Numbers 11:16 CSB17)

Moses cries out, “Take away the weight.” But is this what the Lord does? The answer is “yes” and “no.” He still leaves the weight of caring for souls on Moses’ shoulders. But, notice what he also does. He spreads the weight. He chooses 70 elders to help Moses out in his ministry to the people. And there are some important details to learn about these men. We read: “24 Moses went out and told the people the words of the Lord. He brought seventy men from the elders of the people and had them stand around the tent. 25 Then the Lord descended in the cloud and spoke to him. He took some of the Spirit that was on Moses and placed the Spirit on the seventy elders. As the Spirit rested on them, they prophesied, but they never did it again. 26 Two men had remained in the camp, one named Eldad and the other Medad; the Spirit rested on them—they were among those listed, but had not gone out to the tent—and they prophesied in the camp. 27 A young man ran and reported to Moses, “Eldad and Medad are prophesying in the camp.” 28 Joshua son of Nun, assistant to Moses since his youth, responded, “Moses, my Lord, stop them!” 29 But Moses asked him, “Are you jealous on my account? If only all the Lord’s people were prophets and the Lord would place his Spirit on them!”” (Numbers 11:24–29 CSB17)

Notice the two points these words teach us: First, elders are called servants of the word. But they only have a part of that ministry. Elders are not pastors. But they carry out pastoral work in a very limited way. Second, Moses says, “If only all the Lord’s people were prophets” (Numbers 11:29 CSB17) Moses says this because only a very small number of men will have the gifts to serve as an elder. I know of congregations of more than 500 members and they have no elders. And the reason for this is very clear: there will be few men who will have the maturity in God’s word to serve in this ministry. Notice what it is to be an elder. An elder is a man who loves God’s word and loves God’s people. And from this fact there arises two temptations. The first temptation comes from the congregation. The call, work and role of an elder is to spend time in God’s word. He needs to be reading God’s word at home. He needs to be sharing that word with his family. He needs to be coming to bible study class at church for one simple reason: Elders are asked pastor-level questions. But they do not have a pastor-level education. So they need to be in bible study class, immersed in God’s word. And the temptation the congregation faces is to take this man whose call has to do with God’s word and then divert him to other service in the church. So, instead of spending time reading God’s word, praying and studying God’s word with the pastor, the congregation has the elder fix door knobs and faucets. That is a real sin. But there is a second temptation. That is the temptation for the elder to divert himself. I have no desire to clean my office. I don’t. But when Saturday morning rolls around, all of a sudden I have this deep yearning to tidy up my office. Why is that? That is the time when I write my sermon. And my sinful nature wants me to do anything rather than get the sermon done. Since the fall into sin in the Garden it has always been this way. And it’s the same for elders in the church. Their work is carrying your weight. Their work is to pray for you. Their work is to grow in God’s word so that they can share that with you. And it is a sad and shameful thing when we divert them from that work.

And what do we do with this shocking realization that our energy and efforts are diverted? We repent of it. We turn to the God we see here in these pages. We turn to this God who has such amazing patience. If God was patient with his people and prophets in the Old Testament, won’t he be the same with us? And hasn’t he already been in Christ? Look at our Savior, Jesus. He was continually and constantly being invited to divert himself from the ministry of the word. But, in every example, he said, “no.” And he did this as our substitute, so that in the times we divert ourselves or others divert us—those sins are forgiven in Christ. And they are paid for on the cross.

With all of this in mind, how should we treat our elders in our congregation? Treat them as tremendous gifts. For there are congregations who do not have any. Thank God for them. But also help them. An elder’s primary role is to be in God’s word. So then, my dear friends in Christ, help him in that. If there is an elder who gets caught up in fixing doorknobs and dishwashers in this church, what should you do? Make sure that he is reading God’s word. Make sure that he is coming to bible class, for again, elders are asked pastor-level questions without a pastor-level training. And so that they can spend time in growing in God’s word, take that work away from them. Fix the doorknobs and dishwashers for them. Do this so that the weight of caring for you can rest on their shoulders once again. For each of us as pastors and elders at some point in time cries out, “take the weight away.” But our Lord, in is mercy toward us spreads the weight out among pastors and elders. Amen.