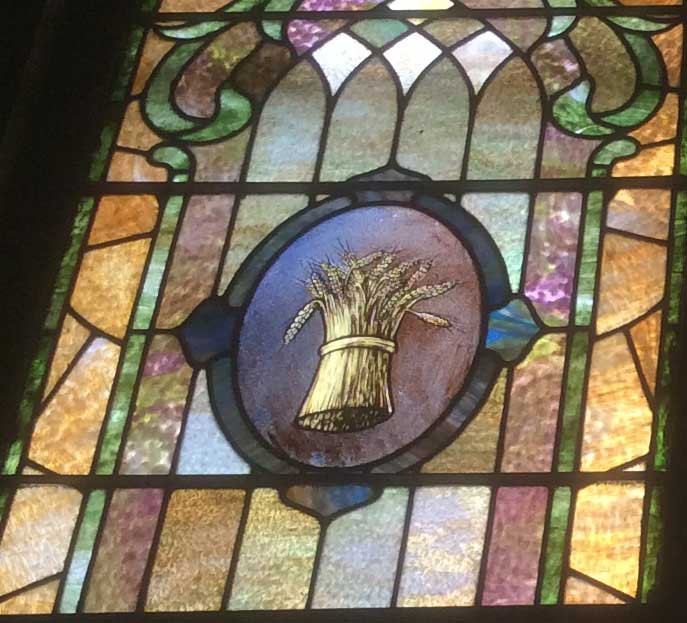 Why Does The Lord Test Us?

Heat and hunger. If you want to see people at their worst, all you have to do is add heat and hunger. For the past several weeks we were on vacation. And going out too and coming home from Montana we went across highway 200. On that stretch of road there is nothing. There is heat. There is dry, dusty air. There is sagebrush and rattlesnakes. But there is not water and food around for many miles. It’s the sort of place where you stop at the side of the road and read the historical marker and then get back into the minivan and enjoy air-conditioning. And we all know why. If you were there in that area it’s hot and dry. And that’s bad enough. But if you add hunger to the situation, it will bring out the worst in you. That fact is important for us to understand as we tackle these words here in Exodus 16. The Lord sent the ten plagues. The Lord drowned Pharaoh’s army in the Red sea. And they’ve been on their own for a month. They are hot. They are hungry. Oh, and they’re running out of food. With that in mind, we read these opening verses: “1 The entire Israelite community departed from Elim and came to the Wilderness of Sin, which is between Elim and Sinai, on the fifteenth day of the second month after they had left the land of Egypt. 2 The entire Israelite community grumbled against Moses and Aaron in the wilderness. 3 The Israelites said to them, “If only we had died by the Lord’s hand in the land of Egypt, when we sat by pots of meat and ate all the bread we wanted. Instead, you brought us into this wilderness to make this whole assembly die of hunger!”” (Exodus 16:1–3 CSB17)

The heat and the hunger bring out the worst in the Hebrews. They act out and lash out. Notice the ways in which they sin. First, they revise history. They say to Moses, “Oh, if only we were back in Egypt where we had big pots of meat to eat.” Now, my friends in Christ, what was the occupation of the Hebrews when they were in Egypt? They were slaves. The Egyptians gave them barely enough to survive on. And you don’t give slaves meat. Only the rich people get meat. But they also committed a second sin. They rebel against God’s representatives. The Lord was the one who commanded the Hebrews to leave Egypt. The Lord was the one who sent Moses and Aaron. This was the Lord’s command and the Lord’s work. But the people blamed God’s representatives instead of taking up the issue with God himself.

These are words for us to take to heart. For we too fall into the same traps. There is a temptation for us to revise history. Years ago, I remember talking to a mom. And the mom was complaining about how hard it was to handle her daughter now that her daughter had gotten into the teen years. The mom said, “My daughter says and does the worst things—things I never did when I was her age.” And it was hard to hear her and keep a straight face because I knew her mom. I had heard the grandma tell me how sinful the daughter had been when she was a teenager. All of us can fall into the same trap. We face this real temptation to conclude that we were better in the past than we really were. But just like the Hebrews, not only do we face the temptation to revise history. We face the temptation to rebel against God’s representatives. In his own wisdom God chose to put people over us in our lives for our good. But when they tell us the truth that we do not want to hear, just like the Hebrews, instead of taking the issue up with the Lord who commanded those representatives to say and share his word—instead, we are tempted to tear down God’s representatives. And so, when the child is told by the parent, “You aren’t going to the movies with your friends because you lied to me, “ the child lashes out against the parent. When the teacher hands back a bad grade to the student to didn’t study, the student says horrible things about the teacher behind her back. The pastor preaches against sin, but not the sin that others commit, no, the sin that I commit, and then what do I do? I speak against him. We face these real temptations not just to revise history but also to rebel against God’s representatives.

And so, if we ask the question, “Why does the \textsc{Lord test us,”} here is your answer: To show you your sin. But there is another answer we find in these words: “4 Then the Lord said to Moses, “I am going to rain bread from heaven for you. The people are to go out each day and gather enough for that day. This way I will test them to see whether or not they will follow my instructions. 5 On the sixth day, when they prepare what they bring in, it will be twice as much as they gather on other days.” 6 So Moses and Aaron said to all the Israelites: “This evening you will know that it was the Lord who brought you out of the land of Egypt, 7 and in the morning you will see the Lord’s glory because he has heard your complaints about him. For who are we that you complain about us?” 8 Moses continued, “The Lord will give you meat to eat this evening and all the bread you want in the morning, for he has heard the complaints that you are raising against him. Who are we? Your complaints are not against us but against the Lord.”” (Exodus 16:4–8 CSB17)

As we read these words, what we find amazing is first of all not what God says, but instead what he didn’t say. I don’t know about you, but if I were God for a day and my people revised history and rebelled against the people I had set up for them for their good, I would be tempted to punish them and pound them into the dust. That’s what I would have done. But look what the Lord does. Instead of pounding them into the dust he sets aside the time to teach them so that they would know that he is the Lord. The Lord is the one who doesn’t just test them to show them their sin. He is also the Lord who shows them his salvation. And what does that look like? We read: “9 Then Moses told Aaron, “Say to the entire Israelite community, ‘Come before the Lord, for he has heard your complaints.’” 10 As Aaron was speaking to the entire Israelite community, they turned toward the wilderness, and there in a cloud the Lord’s glory appeared.” (Exodus 16:9–10 CSB17)

The Lord goes out of his way to test them so that they will see that he is the one who gives them salvation from their sin. He allows them to see the Lord’s glory. My dear friends in Christ, this is not a small, trivial detail worth throwing away and forgetting. In the book of Exodus, the Lord would lead them with a pillar of cloud by day and a pillar of fire by night. And wherever they were, they could look out, see that cloud, and know that the Lord was there in that cloud to lead them, guide them, and above all, forgive them. The Lord cannot tolerate sin. And the only way that the Lord could be with them was if their sins were forgiven—The times they revised history and rebelled against his representatives—those are the ones that needed to be forgiven. He reveals himself to them in the cloud to show them that their sins are forgiven.

Today the Lord does not appear in clouds, does he? Instead he shows his salvation in his word. Here in God’s word we hear about our Savior Jesus who was absolutely true to all of history, never twisting it ever. And Jesus was treated as if he were the biggest rebel and revolutionary ever. And all of this he did to pay for the times we revised history and rebelled against him. There in his word you will find him—his glory and his salvation. But there’s more: “11 The Lord spoke to Moses, 12 “I have heard the complaints of the Israelites. Tell them: At twilight you will eat meat, and in the morning you will eat bread until you are full. Then you will know that I am the Lord your God.” 13 So at evening quail came and covered the camp. In the morning there was a layer of dew all around the camp. 14 When the layer of dew evaporated, there were fine flakes on the desert surface, as fine as frost on the ground. 15 When the Israelites saw it, they asked one another, “What is it?” because they didn’t know what it was. Moses told them, “It is the bread the Lord has given you to eat.” (Exodus 16:11–15 CSB17)

My dear friends, what is our response to all of this? Let us, with joy in our hearts, thank him. And what does that thanks look like? We thank him by remembering that he has forgiven our sin, so we don’t need to revise history. We don’t need to go back and pretend that we never sinned or that our sins weren’t as bad as they were. Why? Those sins are forgiven by Jesus. We thank him by following those in authority for one simple reason: God chose them. And we worship God by following them. And finally, we thank God by thanking him for our daily bread. We can say along with Luther, “God surely gives daily bread without our asking, even to all the wicked, but we pray in this petition that he would lead us to realize this and to receive our daily bread with thanksgiving.”