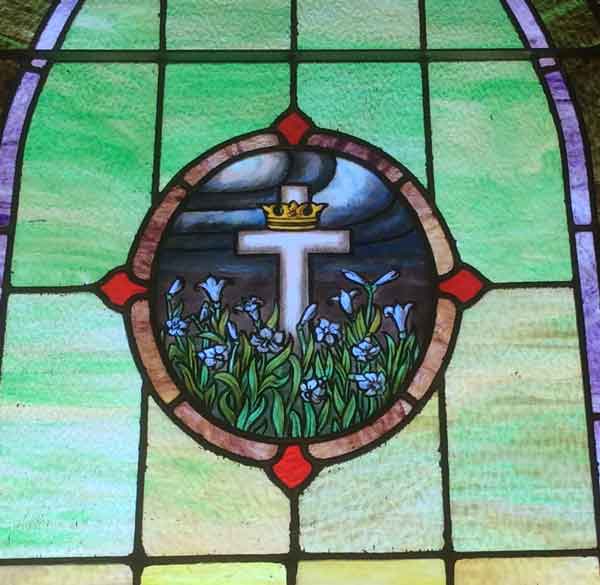 Can I Just Get By?

I‘m in it to win it. Our family used to watch the TV show, “The biggest loser.” And that was a phrase you’d hear again and again. With that phrase they were telling everyone who would listen that they were not in that competition to just get by. No, instead, they were pouring all of their ability and all of their effort. If you asked them the question, “Is getting by an option,” they would say “no.” This morning God’s word makes us ask the same question, but not about losing weight. Instead, the Holy Spirit asks us that question when it comes to life itself. When it comes to our lives, it it possible for us to just get by? This morning we continue wehre we left off last week with Elijah and the widow. We read: “17 Some time later the son of the woman who owned the house became ill. He grew worse and worse, and finally stopped breathing. 18 She said to Elijah, “What do you have against me, man of God? Did you come to remind me of my sin and kill my son?”” (1 Kings 17:17–18 NIV11-GKE)

In these words we see a woman who was desperately just trying to get by. Her life was a tragedy. She had lost her husband. And she had lost the family income. And she thought she and her son would starve. And then, out of nowhere this man of God showed up and her family was fed…every day. But then the Lord brought such immense pain into her life out of nowhere. Here she is, she just manages to keep her family alive by having enough food to live on day by day and then what happens? Her son gets sick and then dies. And there’s the irony: she has food. But all the food in the world couldn’t keep her son from dying.

And when her son dies, amidst all her pain, she asks the same question we would ask: why? Why did the Lord who, up to that point, had gave her son food now give her son death? And the only logical answer she can arrive at is that God is angry with her. God has changed his mind. She concludes that she had sinned in the past. And God never really forgave and never really forgot. Here she is: a woman who just wanted to get by. And the Lord would not let her. But she’s not the only one. We read: “18 have against me, man of God? Did you come to remind me of my sin and kill my son?” 19 “Give me your son,” Elijah replied. He took him from her arms, carried him to the upper room where he was staying, and laid him on his bed. 20 Then he cried out to the Lord, “Lord my God, have you brought tragedy even on this widow I am staying with, by causing her son to die?” 21 Then he stretched himself out on the boy three times and cried out to the Lord, “Lord my God, let this boy’s life return to him!”” (1 Kings 17:18–21 NIV11-GKE)

The widow isn’t the only one who is traumatized by the boy’s death. Elijah is too. Remember that this woman and this boy was Elijah’s congregation and his sort of adopted family. He looked at her like did a sister. He looked at this boy as an adopted, closely-held nephew. And in his heart too, he was just wanted their lives to go back to the way they were. So he prayed to God to make it that way.

Now my dear friends in Christ, is what Elijah did good or bad? The simple answer is that what Elijah did was both good and bad. It was bad in that he was a prophet of the Lord. This was a family that he was close to and shared God’s word with for hours every day. If this boy died believing in the Lord and it was clear that the Lord was the one who had put him to death, then Elijah should have been content with the Lord’s actions. But Elijah wanted their lives to go back to the way they were. They were just getting by. And that was ok with him.

But, also, my friends, don’t think too harshly against Elijah. For he took the same action our Savior did. In our gospel for today when Jesus comes face to faith with death—and even worse, the death of a child, he is filled with compassion. Elijah did the same. For, my dear friends in Christ, death is not normal. And death is not natural. Death is an effect of the fall into sin. Both Elijah and the widow, each in their own way, wanted to just get by. But my dear friends, what did their Lord want? “22 The Lord heard Elijah’s cry, and the boy’s life returned to him, and he lived. 23 Elijah picked up the child and carried him down from the room into the house. He gave him to his mother and said, “Look, your son is alive!” 24 Then the woman said to Elijah, “Now I know that you are a man of God and that the word of the Lord from your mouth is the truth.”” (1 Kings 17:22–24 NIV11-GKE)

The Lord did not want them to just get by. And, my dear friends in Christ, he does not want you to just get by. The Lord answered Elijah’s prayer not so that they could just get by and that their lives would go back to the way they were. No, it was for a different reason. The apostle Paul speaks about that in our second reading this morning: “20 Now to him who is able to do immeasurably more than all we ask or imagine, according to his power that is at work within us, 21 to him be glory in the church and in Christ Jesus throughout all generations, for ever and ever! Amen.” (Ephesians 3:20–21 NIV11-GKE)

But my dear friends, the full life is not what you hear from many popular preachers on TV. The full life comes with hardship and tragedy. The same Savior who says, “I have come that they may have life, and have it to the full” is the same one who says, “anyone who does not carry his cross and follow me cannot be my disciple.” (Luke 14:27 NIV) So my dear friends, your life is not about “just getting by.” If that is how your are living your life, you are missing what the Lord was teaching the widow through Elijah. Our Lord gives to you the full life now and forever. But he does so amidst hardship even as he overcomes hardship. Amen.