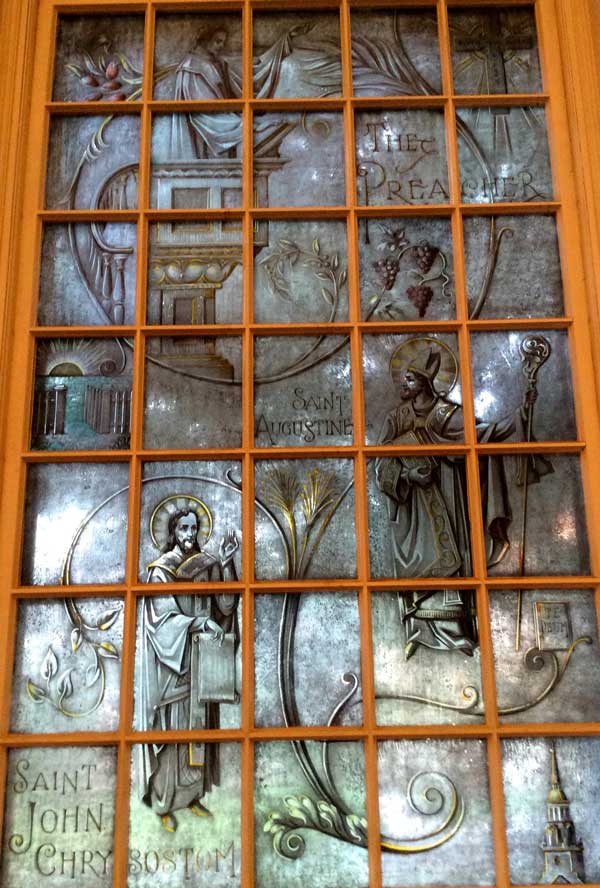 What about the other people? In Sunday school and in sermons we learn about a guy by the name of Naaman. We are told that he was a big man.1 2 Kings 5:1}} But he had leprosy. And we learn how he went to the man of God thinking that God would heal him because he was a big man. But, through Elisha, the Lord taught Naaman that healing and forgiveness is a gift from God not something earned or bought from God. We teach this to our children. We hear it preached in sermons. But what about the other person? At the beginning of this part of God’s word there is a slave girl. She lives in the northern part of Israel. And then what happens? There are raiding bands that go out from Aram. And they capture her family. And we don’t know what happened to the rest of her family. Did they die? Were they sold off into slavery to different people just as she was? In either case, she is left there alone with no family as a slave to a new master. And instead of running away or hating her master Naaman and God above, what does she do? She works hard to create a new family. She works hard so that her master Naaman knows the Lord just as much as she does. Where is her sermon? There are people in God’s word that get the spotlight. And there are others that fall into the background. Last week we had the opportunity to see our Savior’s love for the lost son. But what about the son who was not lost? So, in Luke 15, we read: “25 “Meanwhile, the older son was in the field. When he came near the house, he heard music and dancing. 26 So he called one of the servants and asked him what was going on. 27 ‘Your brother has come,’ he replied, ‘and your father has killed the fattened calf because he has him back safe and sound.’ 28 “The older brother became angry and refused to go in.” (Luke 15:25–28 NIV11-GKE)

Notice in these words that our Savior doesn’t just love the lost. He also really, truly loves lifers too. When I say, “lifers”, what I mean is long-time or even life-long Christians. And that is important for us to see because this is a man who needs our Savior’s love. The lost son comes home. He confesses his sin publicly and desperately in front of so many people. The father forgives him and embraces him. And then the party begins. But when all this was going on, where was the older son? He was out in the field.2 He didn’t see his brother’s confession. He didn’t see his Father’s care and compassion. He gets to the edge of the property, and he hears the sound of happy musical instruments and singing. He gets a little closer and he sees people dancing. So he calls over a servant boy and asks him what is going on. The servant shares the father’s joy and says that the brother was lost and now is found. And then, when the brother hears about this, what does he do? He does nothing. He just sits there. In my own mind I picture this at night. And I picture this big house in the middle. And there is the brother sitting there on the fence just where the light fails and the sound dims. He’s just sitting there sulking.

This is a man who needs to see our Savior’s love for him. For this man, just like us, is a lifer. And we see in him a progression from bad to worse. The first sin he committed is one of omission. He left out the good he should have done. If he had a problem with his father or with his brother he should have been a grown up and gone in and talked to his brother. But he didn’t. He just sat there on the fence and refused to go in. From that the second sin started: the sin of bitterness. The more he sits there the more he stews. And he hates his brother and even his father more and more.

It’s important for us to look at this older son—this lifer. For his sin is the same sin that tempts us today. The longer we are Christians the more of a temptation we have toward entitlement. We too commit this sin of omission. When people, our fellow Christians, say words that we do not like and they offend us, we owe it to them and to our God above to reach out to them and speak to them face-to-face. God’s word says, “Do not entertain an accusation against an elder unless it is brought by two or three witnesses.” (1 Timothy 5:19 NIV11-GKE) Notice the point: a witness—someone who speaks about an issue face to face. God’s word says, ““If your brother or sister sins, go and point out their fault, just between the two of you.” (Matthew 18:15 NIV11-GKE) Again, notice the point: we speak to each other face to face. And the great temptation we have as lifers—those who have been Christians for a long time if not even our entire life, is to conclude that these words don’t apply to us. And technology has not helped us in this area. You can go on Facebook and hear strange rants that go like this: “I wish some people would realize that hymns that are 1000 years old should stay 1000 years behind us.” Or you can hear the opposite, “I wish some people would realize that new songs don’t add anything to our worship. Nobody knows them and nobody can sing them.’” What’s the problem with this? We just like the lifer-brother are there sitting on the fence, letting that bitterness grow inside of us until it lashes out. And then through gossipy-third parties the truth comes to the person it is intended to arrive at.

So, with lifers there is a sin of omission that we can so easily fall prey to: concluding that we don’t need to actually speak to those around us face to face and person to person. But, on the other hand, there is also a temptation to commit a sin of commission: “28 So his father went out and pleaded with him. 29 But he answered his father, ‘Look! All these years I’ve been slaving for you and never disobeyed your orders. Yet you never gave me even a young goat so I could celebrate with my friends. 30 But when this son of yours who has squandered your property with prostitutes comes home, you kill the fattened calf for him!’” (Luke 15:28–30 NIV11-GKE)

This older son—this lifer needed to see our Savior’s love for him. And so do we. And in the final words we see this amazing love our Savior has for us lifers: “31 My son,’ the father said, ‘you are always with me, and everything I have is yours. 32 But we had to celebrate and be glad, because this brother of yours was dead and is alive again; he was lost and is found.’ ”” (Luke 15:31–32 NIV11-GKE)

The first detail we look at is what the father does. The lifer son is there sitting on the fence. And even though he does not need to, what does he do? He goes out to the son who is there sitting in the darkness on the fence. The father had every right to stay inside. After all, his son was lost, but now he is found. But what does he do? He goes out to the son sitting on the fence in the darkness. And he does the same to us. When we do not speak to others and instead that root of bitterness grows and then we gossip when we shouldn’t, through other Christians our Savior comes to us and brings us back again.

And the same is true for us. We do not deserve the forgiveness and faith our Savior gives to us. But yet, out of his amazing grace, what belongs to Jesus is also ours. And not only the spiritual blessings, also the earthly blessings are ours too. The food, shelter, and clothing that we do not deserve our Father in heaven graciously showers on us.

But his love for us does not end there. The calf was the one who was slaughtered in the story. But Jesus was the one who was sacrificed in real life for us. All of this our Savior does for us so that we would know that it’s not just that lost that have our Savior’s love. It’s those long-time, even life-long Christians too that have his love. Our Savior Loves Lifers too. Amen.