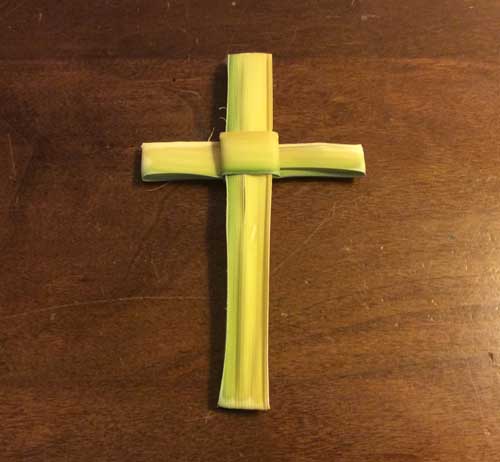 How do you find the right mindset? When you watch the Olympics it’s good not to just watch the event. Instead, it’s good to also watch the athlete before the event. I like watching the athletes before the luge or bobsled. You can see man or woman sitting there with their eyes closed. And what are they doing? They are picturing every turn and texture of the pipe they are about to slide down. But along with that, they are getting their mind in the right place. What about us? How do we accomplish the same goal? How do we have the right mindset? The apostle Paul answers that question here in Philippians 2: “5 In your relationships with one another, have the same mindset as Christ Jesus: 6 Who, being in very nature God, did not consider equality with God something to be used to his own advantage; 7 rather, he made himself nothing by taking the very nature of a servant, being made in human likeness. 8 And being found in appearance as a man, he humbled himself by becoming obedient to death— even death on a cross!” (Philippians 2:5–8 NIV11-GKE)

Paul says, “Have this mindset.” Then notice where Paul directs our focus. He invites us to look at Jesus. Jesus had all the same divine atributes that his Father had. But how did he treat them? He did not use those attributes for his own advantage.1 And what follows is one staggering, amazing detail showing just how much he did not use his attributes for his own advantage. First, he becomes like a slave. And what does a slave do? He humbles himself and becomes obedient to his master. Jesus did this for his Father. And Jesus did this so perfectly and completely for his Father that when his Father said, “Obey me by putting yourself to death,” Jesus willingly obeyed that command all the way to the cross. And that word, cross, is not a word to read and then forget. It’s hard to consider a person choosing to be a slave and then throwing themselves on a grenade for someone else. But what happened on a cross was not a quick death. It was torture.

Paul says, “have this mindset,” but who actually has it? We don’t see this mindset in ourselves. And we don’t see it out there in the world. Everyone remembers the quarterback who throws the touchdown pass and the receiver who catches it. But who remembers the guy on the scrimmage line who gets hammered, play after play, so that nobody tackles the quarterback? Who remembers the mediocre guy on the bike taking the brunt of all the wind so that his teammate who is a better athlete overall can win for the team? What award is there for the mom who selflessly raises her children and then they grow up in just enough time for her to take care of her parents? What award is there for the guy who stays in the job that doesn’t fit him for one simple reason: He has a family to support? We do not have this mindset because each of us has a sinful nature that serves and worships itself to tell its own story and gain its own glory.

So, my dear friends in Christ, to have the right mindset, do not look at Jesus as your mentor and cheerleader. Look at him as your Savior. Look at the Jesus here we see slowly riding as your humble king up the hill to Jerusalem. See him preaching to people who didn’t understand who he was or even worse, wanted him dead because of who he was. See him humbly preaching to them and just a few days later on Good Friday, dying for them—yes even a torturous death on a cross. See that Jesus. For that humble king pays for our sins of wanting to tell our own story and gain our own glory by following his Father’s will all the way to the cross.

Look at Jesus your Savior. Then you will have the right mindset. Look at Jesus as the only one who was obedient to his Father. But, as Paul invites us to, we can also look to Jesus in another way too. We can look to him as the one who gives us a new mindset. First, he gives us the ability to see that humility is good. Second, he gives us the ability to have the mindset that we see is actually good. He gives us the ability to reach out and humbly serve others in this life even though it might mean that people might take advantage of us. And why is that that we are able to do this? Paul tells us: “9 Therefore God exalted him to the highest place and gave him the name that is above every name, 10 that at the name of Jesus every knee should bow, in heaven and on earth and under the earth, 11 and every tongue acknowledge that Jesus Christ is Lord, to the glory of God the Father.” (Philippians 2:9–11 NIV11-GKE)

The Father did not forget his Son. He kept his promise to him that he would not abandon him. He raised him from the dead and then raised him above every place and every name in heaven. And if in a much, much greater way God can lift Jesus up, he can do the same with us. The mom who cares for her children and then her parents until the lines under the eyes come and the hair fades from color to grey can say, “that’s ok.’” She can say this because she knows that her Father in heaven will take care of her. And the guy toiling away at a job where they take advantage of his time and gifts and yet he doesn’t get the bonus or the raise he might deserve—that’s ok. It’s ok because he knows that his Father in heaven will watch over him.

You see, it’s impossible for our old, sinful nature to hear these words of Paul, that we are to have the same mindset as Christ Jesus. Because we need to tell our story and gain our glory. But with this promise of forgiveness for our sins and protection for our weakness, our sinful self is put to shame and silence. And God then gives to our new nature true humility and true contentment in serving others.

And so, my brothers and sisters in Christ, have this mindset. Hold onto it. Do not ever be ashamed of serving others—especially when there is no flashlight or spotlight on your service. When others do not acknowledge your attributes and abilities, be content. For the God who gave you these abilities and attributes acknowledges them. And his opinion is worth far more than the world around you. Have the same mindset as Christ because in obedience to his Father Jesus first showed this mindset toward you. Amen.