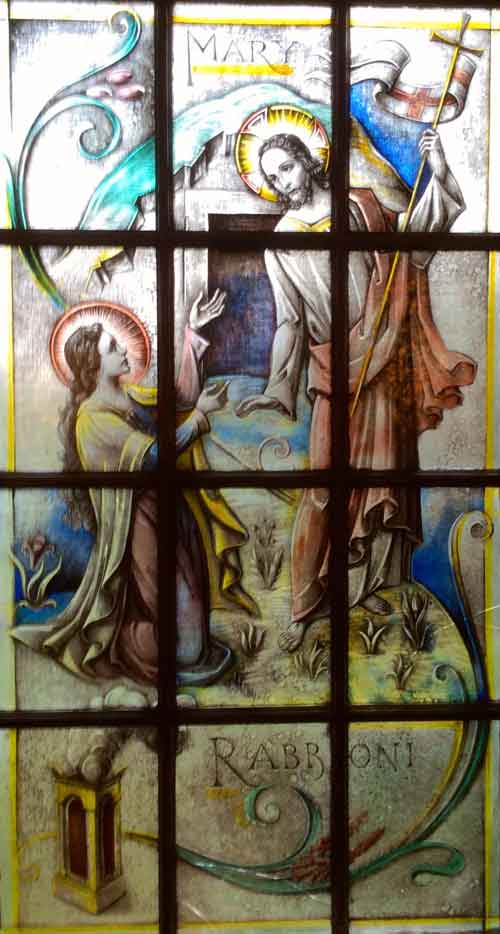 It’s hard to not be short-sighted. Those of you out here this morning who have children, how do you teach your children what money is and how best to use it? I ask this because one of the challenges we all had when we were children is that we are unable to not be short-sighted. I remember when I was a tiny child I got some money as a gift from one of my relatives. We went to the store. And I had the option to spend none of that money, some of that money or all of it. So, naturally, what did I do? I spent all of that money. And, by the end of that day my stomach was happy and filled with candy. But then the next day came. My brother had not eaten all of his candy. And he taunted me the entire rest of the day with the knowledge that he could eat his candy any time he wanted. It’s hard to not be short-sighted. It’s a challenge we face when we are young. And it’s a challenge we face when we are all grown-up. That is the thought that God’s word brings to our attention this morning: Where is your hope? And how long will that hope last? In 1 Corinthians 15, we read: “If only for this life we have hope in Christ, we are of all people most to be pitied.” (1 Corinthians 15:19 NIV11-GKE)

Where is your hope and how long does it last? Paul makes this ever-so-important statement, that if we have hope for now alone, we are to be pitied more than all the humans on the face of the planet. And that’s an important point to ponder. If this bible is just a giant book full of fictitious fun stories whose only purpose is to give us good feelings, then how sad is our life here right now. No, this book if full of promises. This collection of books that we call the bible is full of so very many promises that there would be a Savior who would die and then on the third day after he died, his body and soul would be raised back to life. And because of this we can have hope—hope now and hope forever. And what follows after this is a number of answers to the question, why? Paul writes: “20 But Christ has indeed been raised from the dead, the firstfruits of those who have fallen asleep. 21 For since death came through a man, the resurrection of the dead comes also through a man. 22 For as in Adam all die, so in Christ all will be made alive.” (1 Corinthians 15:20–22 NIV11-GKE)

Through one man death came into existence. So very long ago Adam sinned at the same time Eve did. And through his act of unbelief and rebellion every human being after him was born into unbelief and rebellion. And because each one of us are sinners, each one of us dies. But, just as death came into existence through one man, so also, through one man, Jesus, resurrection from death came to all of us who belong to Christ. This bible is not full of flattering lies and empty promises. Jesus in his body and soul rose from the dead, proving that Christ’s resurrection is our resurrection. But, even as we say this, God knows that we have difficulties with this fact. For Paul writes: “23 But each in turn: Christ, the firstfruits; then, when he comes, those who belong to him. 24 Then the end will come, when he hands over the kingdom to God the Father after he has destroyed all dominion, authority and power.” (1 Corinthians 15:23–24 NIV11-GKE)

Because Jesus rose we have hope for now and forever. But what’s the problem? We mess up and we sin. We are used to speaking about the fact that Adam and Eve rebelled in the garden and because of that each of us has a sinful nature that entices and seduces us to think about and carry out sin. That is true. But look at what the Holy Spirit brings to our attention: Dominion, Authority and Power also lead us to sin. What is “Dominion, Authority, and Power?” It’s Paul’s way of speaking about demons. It’s like the deck is stacked against us. It’s bad enough that we have a sinful nature that attacks us and entices us to sin. But it gets even worse: God’s word tells us that there are evil angels out there that we cannot see. And they too entice us to sin. How then can we have hope—any hope at all for now or forever if these two powerful allies are stacked against us? Paul answers that question with these words: “For he must reign until he has put all his enemies under his feet.” (1 Corinthians 15:25 NIV11-GKE)

Our sinful nature and demons entice us. That is true. But what also is true? Jesus rules over them. And there’s a beautiful picture. It’s the preaching and picture of an orderly progression of events. Years ago, when I was a child, I watched a show about a chicken inspector. One person would put one little chick onto a table after another. And then the inspector of the chicks would pick them up, look them over, and make sure that they were healthy. But that wasn’t the interesting part. What was interesting was that he did that at the same time he kept the other little chicks from falling off the table. When you looked at the table at first, it seemed like there was chaos and no control. But then, when you looked a little longer, you realized that that inspector was in complete control. That’s the picture that Paul gives us here. There are all these enemies that Jesus has. And he deal with them one after another, each in their proper time. The first enemy he deals with is demons. And he gives to us this amazing promise: We have hope for now, but also forever. Because Jesus rules over the demons. And as we walk through our lives, wrestle against our sins and repent of our sins, Jesus promises to us that our hope is not in vain. So the first enemy that Jesus rules over is demons. But what is the final enemy that Jesus rules over? “26 The last enemy to be destroyed is death. 27 For he “has put everything under his feet.”” (1 Corinthians 15:26–27 NIV11-GKE)

We have hope for now and forever. But what about death? The biggest and hugest problem we face is death. It is a huge problem because, first of all, it was never meant to be at all. God did not create and intend for us to die. He created us to be with him and live with him forever in joyful perfection. But through sin death came. And so, now there is this unnatural end to our lives. That’s the first frustration we have. But there’s a second. Because death is unnatural, we fear it. But the other extreme is that we envy it. As a pastor who has had his fair share of funerals over the years, one of the strange temptations that happens to us who remain after a funeral is missing not just our loved one who died, but also the joy, bliss and perfection that that loved one is enjoying now. And when those thoughts—whether thoughts of fear or thoughts of envy, come into our minds and hearts, we cling to these words. For the first enemy deals with in our lives is the demons that affect and afflict us. But then, at the end of our lives here, the final enemy is death. But, Jesus rules over death itself too, so that whether you die soon or decades down the road, we can have hope because Jesus rose from the dead. And since he rose from the dead all his enemies are under his feet. And he can deal and dispose of them whenever he wants.

And so, my dear friends in Christ, the joy of having ham, bacon and donuts from our Easter breakfast is already fading, isn’t it? And all the possessions we have in this life we will someday have to say ‘good bye’ to. But on this day we celebrate the fact that Jesus in his body and in his soul rose from the dead. And day by day, he is putting all his enemies under his feet, first the demons who affect and afflict us, and finally death itself. With that fact have hope for now, and forever. Amen.