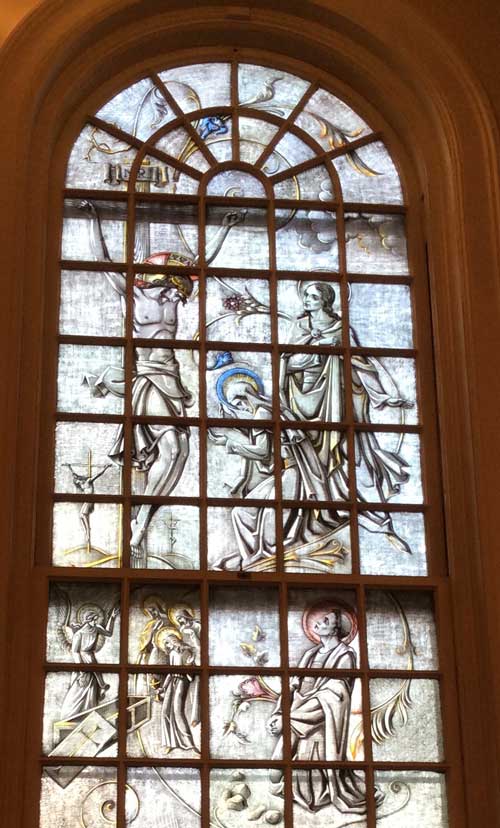 We Need A Permanent Priest

When it matters most, you take an oath. Have you ever noticed that? The big moments in a person’s life—they are all accompanied by an oath: Weddings, confirmations, ordinations. We do this because they matter and we want them to last. Our Lord above does the same. Our Father in heaven makes an oath that Jesus is a priest forever. In Hebrews 7 we read these words: “20 And it was not without an oath! Others became priests without any oath, 21 but he became a priest with an oath when God said to him: “The Lord has sworn and will not change his mind: ‘You are a priest forever.’ ” 22 Because of this oath, Jesus has become the guarantor of a better covenant.” (Hebrews 7:20–22 NIV11-GKE)

Jesus is better. Jesus is better than all the priests in the Old Testament. How do we know? His priesthood was confirmed with an oath. It was confirmed with an oath because it needed to last. It needed to be permanent. And what follows in these words are two huge reasons why the priesthood that Jesus had needed to be permanent. We read: “23 Now there have been many of those priests, since death prevented them from continuing in office; 24 but because Jesus lives forever, he has a permanent priesthood. 25 Therefore he is able to save completely those who come to God through him, because he always lives to intercede for them.” (Hebrews 7:23–25 NIV11-GKE)

We need a permanent priest. Why? We need a permanent priest because we need a priest who can pray continually…for us. One of the ways we clearly see our sin is in our prayer-life. There are times when we forget to pray—those times when we know we should pray but then don’t. And then, when we have a problem worthy of taking to our Father in heaven in prayer, what happens? Instead of a long prayer offered up to our Father who can help us, we end up complaining to a friend or a family member who most likely cannot help us. And finally then, when we do pray, the first person we pray for and about is ourself. We can spend long minutes and even hours praying for ourselves. But how often do we remember others in our prayers?

My dear friends in Christ, that’s why you need a permanent priest. You need a High Priest who prays continually for you. And here on Good Friday we find such an amazing example of this. As Jesus is there dying on the cross, he says these words: ““Father, forgive them, for they do not know what they are doing.”” (Luke 23:34 NIV) You would think he would have other priorities on his mind: His anger against the Jews who voted to put him there; his sadness over his disciples who betrayed him. If anything, you’d expect him to pray against the people gathered there. But instead he prays for them.

And the same is true today. We need a permanent priest—one who continually prays for us. And we need this because we continually sin. For all the times we speak careless words and think selfish thoughts, Jesus is there, interceding for us, saying to his Father, “Father forgive him.”

And so, what we need, we have. We need a permanent priest. And we have that in Jesus he prays continually for us. But there’s more. We read: “26 Such a high priest truly meets our need—one who is holy, blameless, pure, set apart from sinners, exalted above the heavens. 27 Unlike the other high priests, he does not need to offer sacrifices day after day, first for his own sins, and then for the sins of the people. He sacrificed for their sins once for all when he offered himself.” (Hebrews 7:26–27 NIV11-GKE)

We have a permanent priest. He prays continually. But he pays once. Look at the price for your sin. Here in these words, as we look back into the Old Testament, we see that price. The price was blood, millions and millions of gallons of blood. We find this echoed in the hymn we just sang earlier:

So this evening go home with this truth in your heart: Your Father has made and oath to you. He has promised that his Son is a permanent priest. Because of this he prays for you continually. And because of this he pays once for the sins of the entire world—and that means your sins and mine too.