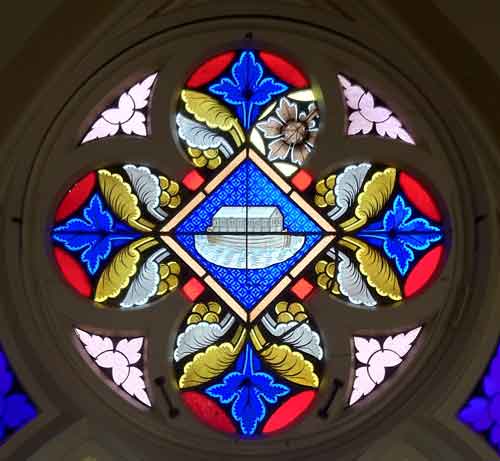 Pastor Steve Bauer
Do Not Be Afraid (Epiphany 5)

Do Not Be Afraid

How could they not be terrified? When the Hebrews ran out of Egypt, they ran for their lives. Pharaoh’s army was behind them. And at least they had a path forward. Pharaoh and his army were behind them. But at least the way in front of them was clear. But then they came to the Red Sea. And whatever courage, strength and hope they had vanished. It’s important to start with this picture in our minds: Pharaoh and his chariots behind them and the Red Sea in front of them. For it’s only with that image burned into our brains that what comes next makes sense. In Exodus 14, God’s word tells us: “13 But Moses said to the people, “Don’t be afraid. Stand firm and see the Lord’s salvation that he will accomplish for you today; for the Egyptians you see today, you will never see again. 14 The Lord will fight for you, and you must be quiet.”” (Exodus 14:13–14 CSB17)

In these words Moses tells the Hebrews who were terrified that there wsa no reason to be. And again, remember what the situation looks like: Pharaoh is waiting behind them to cut them down and the Red Seas is waiting ahead of them to drown them. He tells them to not be afraid. And you’ll notice the order in which these events happen. And it almost always follows this pattern in the bible: First, God’s people hear the message. Second, God’s people are delivered. Why doesn’t it happen the other way? Why aren’t the people delivered and then later on after that Moses says: “You see what kind of God you have?” The Lord shares his message first because he gives strength through his message. God’s word is powerful. It creates faith in our hearts to know who the true God is and trust in him. It conveys the forgiveness that Jesus won for us on the cross to us. It gives us strength to take our stand on God’s promises just as Moses told the Hebrews to so long ago.

And as we face these words today the challenge we face is that we know them here, in our minds, but we so often don’t know them here, in our hearts. And we see evidence of this in how we treat God’s word. When we encounter scary and truly frightful times in our lives, how do we deal with it? If you’re on a plane and you look out over the vast land that you’re flying over and you realize that if all those electrical devices up front gave out, you would crash into that ground, what is is ever so easy to latch onto for strength and courage? Statistics. “They say that it’s more safe to fly than it is to drive.’” You go in for a cancer screening, and you try to find solace and strength in the fact that your doctor or your hospital has a good track record in treating this type of cancer. And I’m not saying you shouldn’t do homework and find a safe airline and a safe hospital. But when fear threatens to take you over, wouldn’t it be so much better to remind yourself of what God speaks to you in his word? That’s what Moses does to his terrified congregation. He urges them to not be afraid. Then he follows that exhortation up with a promise from God’s word.

So, my dear friends in Christ, do not be afraid. For God gives strength through his message. But God also gives strength in a different way: “15 The Lord said to Moses, “Why are you crying out to me? Tell the Israelites to break camp. 16” (Exodus 14:15 CSB17)

God gives strength. He gives strength through his message. But he also gives strength to his messengers. The assembled thousands of Hebrews with Chariots behind them and a drowning Red Sea in front of them were not the only ones who needed strength and courage. Moses needed that strength and courage just as much as they did. So the Lord tells Moses, “Why do you keep crying out to me?”\footnote{”מַה־תִּצְעַ֖ק אֵלָ֑י“ }(Exodus 14:15 BHS-T)}} He deliberately comforts and strengthens the one who is delivering the message.

And the Lord reminds us of this because there will be a time when you will be the one who has to reach out with God’s message and give strength to others through God’s message. And you might be afraid. As a pastor it’s my calling and job to be the messenger. But there have been times it has not been easy. There have been times when I’ve been able with such strength and confidence to share God’s promises and truth to people amidst such hardships they faced in their lives. But there have been other times when I said the words but had so difficult of a time believing them. I remember visiting a shut-it my Vicar year month after month. This lady had severe health problems. And on top of that both her eye-sight and hearing were almost gone. And I would say, “The Lord has a plan and purpose for your life. Cheer up, the Lord will lift you up in his own good time.” And then I’d look at her and think to myself, “how can I believe the words I am saying”?

The Lord does not just give strength through the message. He also gives strength to the messenger. And a time will come in your life when you will have to be the messenger too. And in the words that follow we see how the Lord gives strength to us: “16 As for you, lift up your staff, stretch out your hand over the sea, and divide it so that the Israelites can go through the sea on dry ground. 17 As for me, I am going to harden the hearts of the Egyptians so that they will go in after them, and I will receive glory by means of Pharaoh, all his army, and his chariots and horsemen. 18 The Egyptians will know that I am the Lord when I receive glory through Pharaoh, his chariots, and his horsemen.”” (Exodus 14:16–18 CSB17)

The Lord gives messengers strength by teaching them that the Lord is doing more than we can see. We can maybe do one or two tasks well at the same time. Our Lord is doing thousands of tasks at the same time. And he’s doing them all perfectly. And so we can go to the person who is fearful, grieving or even dying and tell them that there is so much going on here that we cannot see. We cannot juggle the universe and eternity. But our good and gracious Lord can. And after we are done preaching that sermon to others we can then preach the very same sermon to ourselves. So, the Lord lets us know that he is doing more than we can see. But there’s another way he gives us messengers strength: “19 Then the angel of God, who was going in front of the Israelite forces, moved and went behind them. The pillar of cloud moved from in front of them and stood behind them. 20 It came between the Egyptian and Israelite forces. There was cloud and darkness, it lit up the night, and neither group came near the other all night long. 21 Then Moses stretched out his hand over the sea. The Lord drove the sea back with a powerful east wind all that night and turned the sea into dry land. So the waters were divided, 22 and the Israelites went through the sea on dry ground, with the waters like a wall to them on their right and their left.” (Exodus 14:19–22 CSB17)

These words are so beautiful to picture, aren’t they? The Lord goes in between the Hebrews and the Egyptians in this pillar of cloud. Then he cleaves the water in half and makes dry ground appear. And the Hebrews walk through on dry ground. But my dear friends in Christ, don’t miss the obvious and important point. What the Lord promises, he keeps. Moses tells the people at the beginning that the Egyptians they saw that day they would never see again. And the promise he made, he kept.

The Lord does the same for us today. One of the joys of being older is that you have a track record, a past to build on. You can ask yourself the question, “when I am full of fear, are there times in the past I can remember that I was terrified and then the Lord delivered me?” And the older you are, the more examples you can find where the answer is: “yes.”

So the Lord gives strength to the messengers. First, he does this by reminding us that the Lord is doing more than we can see. And second, the Lord reminds us of times he has keep his promises in the past.