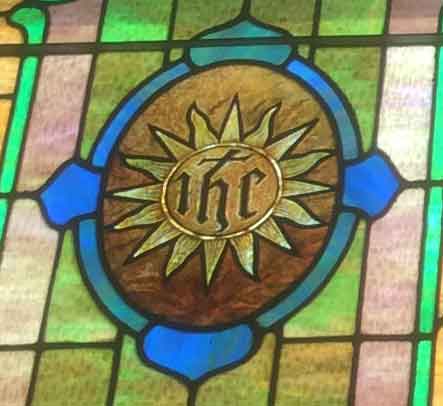 Come To A Royal Wedding

Some invitations you cannot turn down. Months ago there was a royal wedding in England. And part of the challenge for us over here in the USA is to recognize how huge of an event this was for them. To us, getting a seat at that wedding would be like getting season tickets to every Superbowl for the next 50 years. But all of these examples and illustrations are pretty wimpy compared to the invitation we read about here in God’s word. For the people that Jesus speaks about here in this story are people who are invited to a wedding for a king with power. In Matthew 22, we read: “1 Jesus spoke to them again in parables, saying: 2 “The kingdom of heaven is like a king who prepared a wedding banquet for his son. 3 He sent his servants to those who had been invited to the banquet to tell them to come, but they refused to come. 4 “Then he sent some more servants and said, ‘Tell those who have been invited that I have prepared my dinner: My oxen and fattened cattle have been butchered, and everything is ready. Come to the wedding banquet.’ 5 “But they paid no attention and went off—one to his field, another to his business.” (Matthew 22:1–5 NIV11-GKE)

What does God working in this world and through his word look like? It looks like a wedding. But not just a normal wedding. No, it’s the wedding a king puts on for his son. When a king sends invitations to that sort of wedding, who in the world could say no? And yet, in these words, that’s exactly what we see. The first group of people are personally invited through these messengers. And what was their response? They didn’t care.1 Again, they had a once in a lifetime opportunity. And they didn’t care. But there was another reaction from another group: “6 The rest seized his servants, mistreated them and killed them. 7” (Matthew 22:6 NIV11-GKE) The second group cared—they cared enough to kill the messengers.

What happens next is not too surprising then, I suppose. We read: “The king was enraged. He sent his army and destroyed those murderers and burned their city.” (Matthew 22:7 NIV11-GKE) The king is angered and offended. So he brings justice to them and ends them.

The picture then shifts back to the wedding banquet. As the army is marching away to kill the murderers the meal is getting cold. So what does the king do? “8 “Then he said to his servants, ‘The wedding banquet is ready, but those I invited did not deserve to come. 9 So go to the street corners and invite to the banquet anyone you find.’ 10” (Matthew 22:8–9 NIV11-GKE) Here we find an odd pattern. Would invite “anyone you could find” to your wedding? That would bring up so much room for someone to wreck your wedding. But that’s what the king does. But he does this with a context in mind. He says that the first group of guests were not worthy.2 In that context he sends his servants out inviting anyone they could find. And so we read: “10 So the servants went out into the streets and gathered all the people they could find, the bad as well as the good, and the wedding hall was filled with guests. 11 “But when the king came in to see the guests, he noticed a man there who was not wearing wedding clothes. 12 He asked, ‘How did you get in here without wedding clothes, friend?’ The man was speechless. 13 “Then the king told the attendants, ‘Tie him hand and foot, and throw him outside, into the darkness, where there will be weeping and gnashing of teeth.’” (Matthew 22:10–13 NIV11-GKE)

The servants went out and found both good and bad people. And it showed. For the king went into his banquet hall to look at his quests. And he found one who was not wearing clothes appropriate for a wedding. Now whether the expectation was a fancy and expensive clothing or just that the man would take a shower and put on his best clothing, we don’t know. The context is clear though that what everyone expected, he didn’t wear. The king throws him outside where there is darkness and weeping and gnashing of teeth. And what was the reason for this? Jesus concludes with these words: ““For many are invited, but few are chosen.”” (Matthew 22:14 NIV11-GKE) Many, many people were invited to the wedding. But few would end up at the wedding with the right attitude and right understanding.

So, my dear friends in Christ, how do we make sense of this parable and apply it to our every day lives? With these words Jesus exposes our sin. Each of us has a standing invitation to the wedding banquet in heaven and a foretaste of that every Sunday. And Jesus exposes sin in these words. But he does so from the outside in. When Jesus invites people to be at his wedding supper in heaven, he invites everyone. Some will receive that invitation and will not care. Others will receive that invitation and will care enough to try and kill Jesus and those who follow him. But Jesus quickly narrows down to the one who sins in a far more subtle way. He narrows in on the man who should have known about the wedding clothes, but was speechless. And we can see ourselves in his very own example. Like the man without the wedding clothes, our temptation is to conclude that God should be content with our stinky sins like the king should have been content with the unshaved, un-showered man who sat there eating his food. We face the temptation to conclude that our sins really aren’t that bad. And God above and those around us should have to be content with them. In short, our sin is not wrestling against sin and instead being quite at home with sin.

But the other temptation is just as bad. We face this real sin to not rejoice at the wedding we have an invitation to. Each of us has an invitation to the wedding supper there with Jesus and all the saints in Christ who have gone before us. That should fill us with enough joy that we willingly get up, get showered, get to church, stay awake with joyful eyes as we sing our hymns and hear those sermons. But so often the cares of our every day life crowd out our joy of being there at the wedding in heaven.

This parable is a challenging one because it is one that exposes our sin, again and again. This is not the sort of parable where you can read it, close your bible and then say to yourself, “Well isn’t that a nice part of God’s word.” No, these words stab us and shock us. For each of us wants to not wrestle against our sin and have everyone in the world be content with our sins. And each of us should find joy in this picture and promise of a wedding in heaven. But we don’t have that joy.

If you are looking for good news in this parable, it’s there. You just need to look a little farther. In this parable the murderers are the ones who are killed. In reality, Jesus is the one who is killed to pay for sinners. In the parable we see that we, just like the man without wedding clothes, expect those around us to be content and sometimes even approve of our sin. But Jesus wrestled against sin and temptation. And instead of finding room in his heart for that sin, he said “no” to it. And he did this for each and every one of us. In this parable we see so many people who fail to rejoice at the prospect of going to a wedding, and through them we see the same in ourselves too. But what does Jesus do? A little later on in Matthew’s gospel, Jesus says: “I tell you, I will not drink of this fruit of the vine from now on until that day when I drink it anew with you in my Father’s kingdom.”” (Matthew 26:29 NIV) Jesus doesn’t just tell us that there will be a wedding banquet in heaven, what does he do? He gives us a foretaste of that wedding banquet right here and now in the Lord’s Supper. He does this both to forgive our sins and to whet our appetite for the perfect wedding supper in heaven. And finally, in the final verse, what does Jesus do? He chooses us, unworthy as we are, he chooses us and gives us a place there in heaven with him. And all of this is his work, not ours.

With all of this in mind then, Jesus gives to you an invitation: Come to the royal wedding. You are ready for the royal wedding on the last day. But until that day comes, continue to wrestle against your sins and repent of them. And cling to Jesus who hasn’t just invited you. He has also chosen you. Amen.