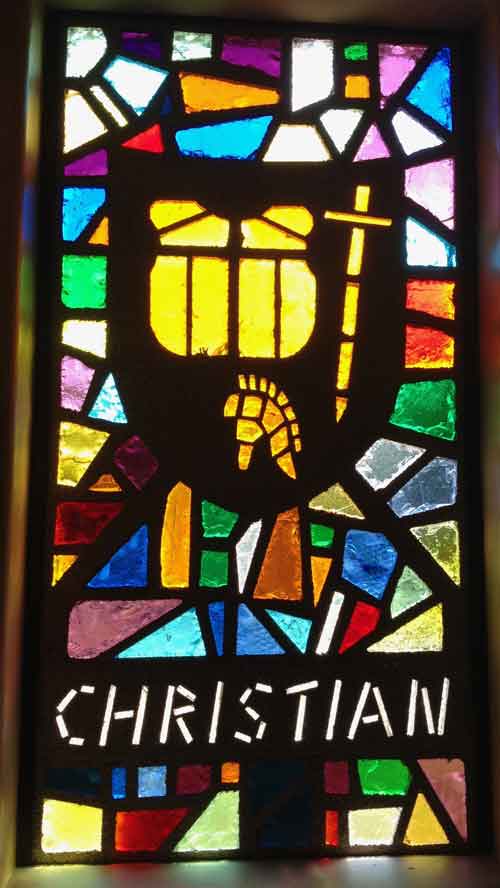 Caring is acting. From little on up, we are taught that if we care about someone, we don’t just say that we care, we show we care. The problem is that, as you grow up, you realize that sometimes, despite how much you care, you aren’t able to help. You can go with your friend or family member to the hospital to be there for them. But when the doctor comes out and says the name of the condition that your friend has, you cannot take that condition away. There have been times when I couldn’t even pronounce the name of the health condition that the person had, let alone cure it. Caring is acting. But what if you can’t act, what do you do? That is the context we find ourselves in in Matthew 8: “1 When Jesus came down from the mountainside, large crowds followed him. 2 A man with leprosy came and knelt before him and said, “Lord, if you are willing, you can make me clean.” 3 Jesus reached out his hand and touched the man. “I am willing,” he said. “Be clean!” Immediately he was cleansed of his leprosy. 4 Then Jesus said to him, “See that you don’t tell anyone. But go, show yourself to the priest and offer the gift Moses commanded, as a testimony to them.”” (Matthew 8:1–4 NIV11-GKE)

Here in these words we see one surprising event after another. First, we find a leper who kneels at Jesus’ feet. This might not seem like a huge, masive event. After all, when people had diseases not just some, but many people found themselves at Jesus’ feet, asking, begging for help. But what was different here? This man at Jesus’ feet had leprosy. He wasn’t allowed to be there at Jesus’ feet. If anyone had a contagious skin disease he was supposed to be outside the camp, shouting distance away from Jesus, not at his feet.

And if that’s surprising, what happens next is even more so. Jesus heals the man. But before he does so, what does he do? He reaches out and touches the man. That was an action people did not take. The man was contagious. And on top of that, it was forbidden according to the Old Testament law for anyone to reach out and touch a leper. And yet Jesus did so.

That brings us to the important question: why? Why did Jesus reach out and touch the man? Notice the words that man used. The man said, “if you are willing”.1 And he said, “If you are able.”2  Jesus was both. He was willing to care for this man. But even more amazing he was able. He was able to do for this man what no one else could. Yes, he could heal the man of his leprosy. But there’s even more going on here than that. He could reach out and touch him without breaking the law and catching a disease. He could show that he cared for him as a human being when others were not able to—even if they wanted to. How long? How long was it that this man went without his family members hugging him or even putting their hand on his shoulder? How many people could he look at from a distance enjoying their lives putting their hands on each other, showing how much they cared for each other. But he could not.

And so, the caring we see here in these words is surprising. It is so very surprising that Jesus cared enough to reach out and touch this man before he healed him. And these words serve as a powerful reminder to us that there will be times in our lives when we are not able to take action. We are not able to care for others in the way we would like. We cannot solve their problems or take away their pains. And this too shows us our sins, doesn’t it? For there are times we want to be the big problem solvers that we cannot be. A person comes to us seeking a shoulder to lean on and an ear to listen, but we dive in, trying to solve problems that we cannot. Or, we make the opposite mistake. Since we cannot do anything to help, we do nothing. We do not even pray to Jesus on behalf of others when we know that Jesus can help. I was stranded in New Orleans a few days ago. They had rare, record-breaking freezing temperatures. And I was riding to the airport with and UBER driver. And he gave me the full story. Their politicians are corrupt. Their infrastructure is old and failing. So when this freeze came, the only thing they could do is shut down the entire area. That is a problem I cannot solve. That was a problem he could not solve. And it’s so easy to react to that by saying to yourself: “I’m glad I don’t live in New Orleans.” But instead, I could have prayed to my Savior Jesus. He is the only one who could actually do anything for them. But, I have to admit, I forgot to.

Our sin is either to try to solve problems we cannot, or to forget to pray to the one who is actually able to help. And that’s why these words are so wondrous to hear this morning. For Jesus doesn’t just care about bodies, he also cares about souls. He doesn’t just care about bodily health, he also cares about spiritual salvation. He cares for us too. And he forgives our sins because he is the only one who cannot be corrupted by sin.

Caring is surprising. It is surprising how Jesus is able to care for us. But these words travel on to show us another way that caring is surprising: “5 When Jesus had entered Capernaum, a centurion came to him, asking for help. 6 “Lord,” he said, “my servant lies at home paralyzed, suffering terribly.” 7 Jesus said to him, “Shall I come and heal him?” 8 The centurion replied, “Lord, I do not deserve to have you come under my roof. But just say the word, and my servant will be healed. 9 For I myself am a man under authority, with soldiers under me. I tell this one, ‘Go,’ and he goes; and that one, ‘Come,’ and he comes. I say to my servant, ‘Do this,’ and he does it.” 10 When Jesus heard this, he was amazed and said to those following him, “Truly I tell you, I have not found anyone in Israel with such great faith. 11 I say to you that many will come from the east and the west, and will take their places at the feast with Abraham, Isaac and Jacob in the kingdom of heaven. 12 But the subjects of the kingdom will be thrown outside, into the darkness, where there will be weeping and gnashing of teeth.” 13 Then Jesus said to the centurion, “Go! Let it be done just as you believed it would.” And his servant was healed at that moment.” (Matthew 8:5–13 NIV11-GKE)

It is surprising how Jesus is able to care for us. But in these words here we see that it is surprising to Jesus for him to see how much we care for him. In Caparnaum a centurion asks for Jesus. A centurion is a Roman commander who is charge of anywhere from 300 – 3000 soldiers. He asks that Jesus would heal his child.3 Jesus begins to follow. But then the centurion stops him. He tells Jesus that he is a man of authority. He tells a guy to go, and he goes. He tells another guy to ‘get over here’, and he obeys. If he can say the word and give the command and it gets done, how much more can Jesus give the command and drive away what is harming the man’s servant.

And Jesus is surprised.4 And so, in the previous section, we are the ones who are surprised. For Jesus is able to help when we cannot. But here Jesus is the one who is surprised. He is surprised at a man who had such a strong faith that he took Jesus at his word and trusted in him.

So, my dear friends in Christ, with all this in mind, pray. Pray to Jesus for when you cannot, he is able to and he wants to help. And also continue to trust in him. For he will keep his promises and he is surprised and overjoyed when we do so.