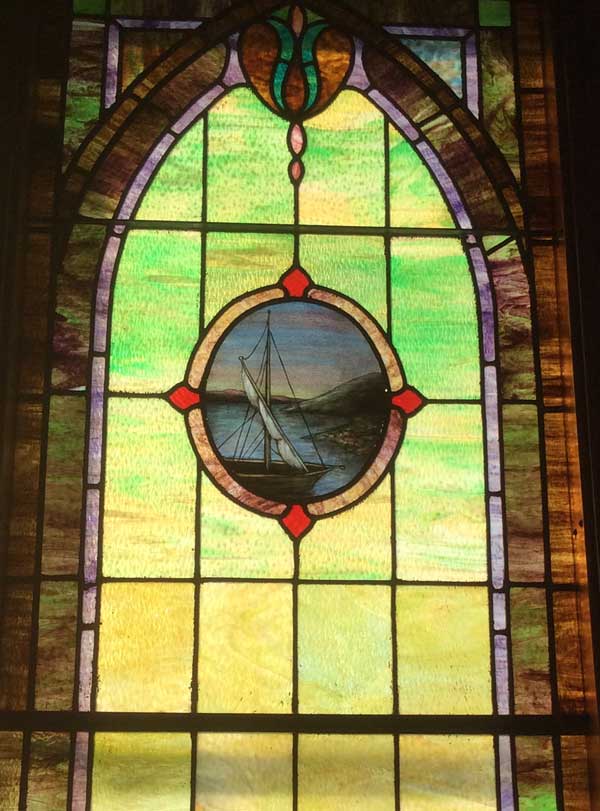 Pastor Steve Bauer
All This Happens At God's Word (Pentecost 6)

All This Happens At God’s Word

It went where I did not expect. We have a new house. And the previous owner planted a bunch of plants in the ground. So there are flowers I don’t know the names of blooming around our house. But in the front, there’s this bush. And seemingly, everywhere I look, it grows in directions I did not expect. Five, almost ten feet away, it’s sprouting up volunteers. This morning in Luke’s gospel we don’t look at a weed or an invasive bush. Instead we see the same pattern with God’s word. When God’s word is preached and heard is silently and hiddenly goes in many different directions. And so, in Luke 5, we read: “1 As the crowd was pressing in on Jesus to hear God’s word, he was standing by Lake Gennesaret. 2 He saw two boats at the edge of the lake; the fishermen had left them and were washing their nets. 3 He got into one of the boats, which belonged to Simon, and asked him to put out a little from the land. Then he sat down and was teaching the crowds from the boat. 4 When he had finished speaking, he said to Simon, “Put out into deep water and let down your nets for a catch.” 5 “Master,” Simon replied, “we’ve worked hard all night long and caught nothing. But if you say so, I’ll let down the nets.”” (Luke 5:1–5 CSB17)

In these words the disciples are at the beginning of their long journey of learning God’s word from Jesus. And Jesus is teaching the people from the boat. And these four disciples hear Jesus as they are fishing beside the boat. But at the end of his teaching time with the crowds, he tells Peter to put the boat out into the water and catch some fish. And Peter’s words here are fascinating. He tells Jesus that all throughout the night they didn’t catch anything. But—But, at your word, I will put out the nets again.1 These are some amazing words. Because at God’s word, faith was created in their hearts. And that faith naturally and beautifully followed. It might seem like a simple fact to focus on in a sermon. But it’s not. Every time a person across the street or on a bus confesses Jesus as his or her Savior, that is a reason for us to rejoice. For that faith did not come from them. Instead, it came from our Triune God. At God’s word Peter and his friends were given faith that followed. But what else happened? “6 When they did this, they caught a great number of fish, and their nets began to tear. 7 So they signaled to their partners in the other boat to come and help them; they came and filled both boats so full that they began to sink. 8 When Simon Peter saw this, he fell at Jesus’s knees and said, “Go away from me, because I’m a sinful man, Lord!” 9 For he and all those with him were amazed at the catch of fish they had taken, 10 and so were James and John, Zebedee’s sons, who were Simon’s partners.” (Luke 5:6–10 CSB17)

At God’s word they were given faith that followed. But what happened next? At God’s word, they failed. These words are shocking to us because they happend just the opposite of the way we might expect. We would expect that Peter would see this miraculous catch of fish and conclude, “If Jesus can do that to provide for my physical needs, just think of what he can do to provide for my spiritual needs.” But he does not. Instead of being convinced of forgiveness, he is convicted by fear. And when this happens, he begs Jesus to go away from him.

Peter failed. He had faith in Jesus, but it was a faith that needed to grow. It was a faith that needed to thoroughly understand the difference between Law and Gospel; sin and grace. In fact, it failed so much that he even accused himself of sins that he didn’t even commit. The words that Peter uses here for “sinner” is the the word for a “professional sinner.”2 It was the word used for those who, in order to make a living, directly and deliberately, went against God’s clear word, like tax collectors and prostitutes. Peter was a fisherman. There was nothing wrong with his occupation. It’s one thing to confess our sins. But it’s something else entirely to confess to sins that we are not guilty. And that’s where we are quite able to fail right along with Peter.

And so, let me ask you, how do you know? How do you know if you are feeling bad for a sin that is really a sin? Do you trust your conscience and your feelings? They can be misguided. Do you trust the power of your own reason? It can be mislead. How do you know if you have the right to feel guilty for what you are actually guilty of? the simple answer is this: study God’s word.’ Years ago there was a pastor in Utah I met. He shared God’s word with Mormons. And he told me that, more than anything else, the people who joined his church, loved to study the ten commandments. Month after month, and even year after that is what they loved to focus on. Why? Imagine if most of the sins you were told your entire life were not really sins? Imagine that you were told that drinking caffeine was a twisted, wicked sin. Wouldn’t you want to know what the truth was? So they studied God’s word with their pastor. And you have that same privilege.

So how do you know if that sin is really a sin? Study God’s word with your pastor. But also talk to your trusted friends. And here what I mean is people who read God’s word and know you and know God’s word well. And where there there are those times you are in doubt, as iron sharpens iron, so they will sharpen you with the truth you need to hear. And all of this happens at God’s word. At God’s word faith follows. At God’s word there are times that we fail. But, finally, what else happens at God’s word? “10 “Don’t be afraid,” Jesus told Simon. “From now on you will be catching people.” 11 Then they brought the boats to land, left everything, and followed him.” (Luke 5:10–11 CSB17)

At God’s word, Jesus removes our fear. Listen to those beautiful words that Jesus says to Peter: “Do not be afraid.” These are not wrath-filled, condemning words. Instead, these are words of comfort and compassion. These are words they would hear so many times throughout the next years. When they were terrified that Jesus would leave them as orphans, Jesus said, “1 “Don’t let your heart be troubled. Believe in God; believe also in me. 2 In my Father’s house are many rooms; if not, I would have told you. I am going away to prepare a place for you.” (John 14:1–2 CSB17) When Jesus rises from the dead and they are frightened and fearful that their sins are still not paid for and not forgiven, again they hear the words, “5 “Don’t be afraid, because I know you are looking for Jesus who was crucified. 6 He is not here. For he has risen, just as he said.” (Matthew 28:5–6 CSB17)

Jesus removed their fear. And Jesus removes our fear. But after that what does Jesus do? He trained them and taught them to remove the fears of others—to properly apply law and gospel. And he does the same for us. Some months ago I saw a mom. And she had a bunch of children. And as little children do, they got into a number of disagreements throughout the day. And one after another, she would tell her children, “what do you say? Say to me, ‘I am sorry, mommy.’” And when they said this, she said, “I forgive you.” What was she doing? Just as surely as Jesus was training his disciples to set aside their expertise in applying nets to fish and instead, apply God’s word to people, this mom was doing the same. She making sure that when they felt bad, they felt bad for the right reasons. And, then, when they did, she made sure that she removed their fear of punishment. And one by one, child by child, when she said those words of forgiveness, they ran off without a care, sins forgiven, and even forgotten.