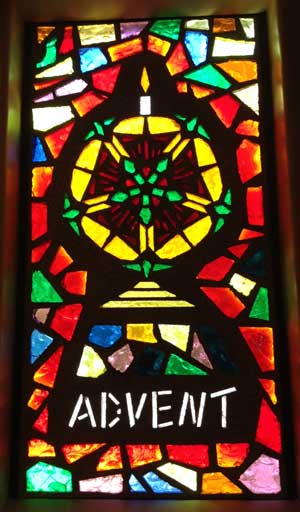 God Is Able To Establish You

Look at the churches. If you haven’t realized it, you are living in an immensely beautiful part of the nation. Now, when I say this I’m not speaking about the land—though that’s pretty too. What I am speaking about is the churches. Whenever I have to drive around what impresses me is the churches. For, in so many towns, there are these churches built on the sides of hills. And some of them seem to be built on the sides of cliffs. And what is amazing and impressive is not just that they are built there, but that they last. Year after year of frost and humidity wage war on those buildings. But yet they remain. When you drive around, look at those churches. Look at them because they are like you. Paul makes that point in these closing words in the book of Romans: “Now to him who is able to establish you” (Romans 16:25 NIV11-GKE)

If you think it’s impressive to look at those churches that weather the elements generation after generation, just look at yourself. For God is able to establish you. Day after day, decade after decade, Satan and your own sinful self try to wear you down and break you down. The pain of what you did in the past; the worries about the future; the stresses of the present—all of them weather your outside and threaten to erode your foundation of faith. And, as Paul closes off his letter to the Romans, notice what he says. He tells them that God is able to establish them. And as these words continue he reveals more details about just exactly how our God does this: “25 in accordance with my gospel, the message I proclaim about Jesus Christ, in keeping with the revelation of the mystery hidden for long ages past, 26 but now revealed and made known through the prophetic writings by the command of the eternal God, so that all the Gentiles might come to the obedience that comes from faith” (Romans 16:25–26 NIV11-GKE)

God establishes you with the gospel. God does not use brick or stone to establish you. He uses his word. He uses the good news about Jesus. And for us, as Gentiles, this is really good news. It is really good news because for many, many generations Jesus was hidden. For generations upon generations all the believers knew was that there would be a “he” who would crush Satan. Later on they learned that this “he” would be a prophet, a priest, and a king. And they learned hints of how this messiah would save the world from its sin. But what was hidden to many generations of people is revealed to you. In those generations they knew that God would send a savior. You know that this savior is God’s son. You know that his name is Jesus. And you can read his word to know everything you ever wanted to know about him.

And that, my dear friends is what gets you through. When you look at the past and there all you see is pain—the pain of stupid sins you should have never done, you can look to Jesus. When you endure one temptation and trial after another in the present, what will get you through? Look to Jesus. When you confront the future and all the unstable uncertainties that lie ahead, what will make you firm, established and solid in your faith? Look to Jesus. For through him God forgives your sins in the past and establish your faith in the future.

God is able to establish you. The weathering and beating that church buildings face year after year is nothing to the weathering and beating that you face. But your God promises to establish you through his gospel. But there is one last detail that Paul adds to this: “to the only wise God be glory forever through Jesus Christ! Amen.” (Romans 16:27 NIV11-GKE)

God is able to establish you through his gospel. But here we learn that God is able to establish you because of his wisdom. Your Father in heaven is wise. And maybe the best way to see this is for us to put ourselves in Satan’s shoes for a little while. Satan wants more than anything to make us share hell with him. But yet he knows that God has a plan to deal with him. And what’s his great, amazing plan? God has his son be born as a human? Jesus’ birth must have been one of the strangest moments for Satan. He expected powerful, heavenly armies. What happened was the birth of a baby boy. And so the solution was simple: kill the child. But when he has Herod try to kill Jesus, the Father hides his son. And then, at just the right time, after Jesus has finished fulfilling every promise and keeping every commandment in our place, what does God do? He puts his son to death! At every single moment, at every single stage, Satan was put off balance. And then, finally, the Father proved that he was the only one who was wise by rising his son from the dead. Because Jesus was born, died and then rose thepainful sins of the past are forgiven. Because Jesus was born, died and then rose, the fears of the future are set at ease. Because God is wise.

God is able to establish you. He establishes you through the gospel. And he establishes you because he is wise. And so, my dear brothers and sisters in Christ, what is our reaction to all of this? Let us learn from humble Mary. She is told that she will be the one who will give birth to the Christ. And what is her reaction? Does she say to the angel, “I’m going to climb a mountain for you” or “I’m going to make you the best apple pie?” No, she simply and humbly says, ““May it be to me as you have said.”” (Luke 1:38 NIV) You could boil those words down to one: amen.

You see, there are times that God’s word moves us to action. On Wednesday night God’s word moved us to cling to the truth. But there are other times God’s word simply moves us to acceptance. The holy spirit moves us to say, “amen.” And that’s what Paul is doing here. He says, “May there be glory to the only God that is wise…forever!”1 This morning we prepare our hearts for Christmas not be being busy, but instead, by simply accepting the amazing truth that God establishes us through the gospel. We prepare by giving the praise and glory to God our Father. For he is the only God who able to establish us through is gospel and because of his wisdom. Amen.